By Andrea Clarke
HARRY Potter star Daniel Radcliffe has won two top theatre awards for his West End debut in Equus, including one for his naked torso. 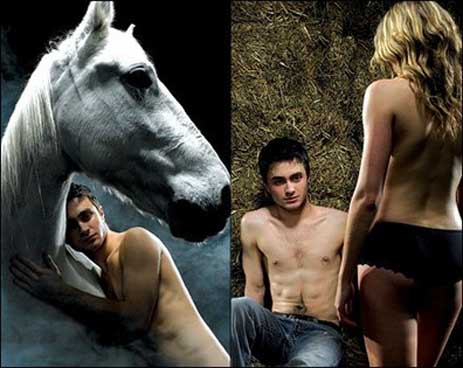 The actor, who made his West End debut in the play, was named Newcomer of the Year and his racy publicity shots, in which he posed naked with a horse and a semi-clad co-star, took the prize for Theatre Event of the Year at the Whatsonstage.com Theatregoers’ Choice Awards.
Radcliffe described playing the role of troubled Alan Strang in Equus as “one of the greatest experiences of my life”.
He added: “I’m truly delighted and thank everyone so much for voting for me. “Equus is a tremendous and thought-provoking play and I’m so proud and honoured to have been a part of this incredible production”.