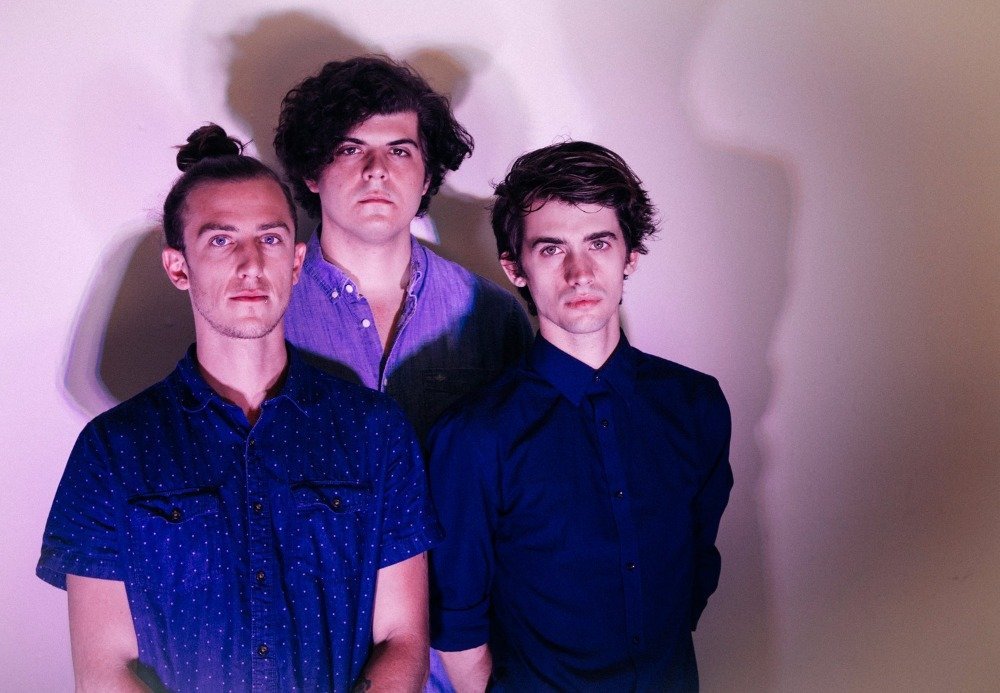 Hello Peter, can you tell us a little bit about your album ‘Facepaint’?

‘Facepaint’ is our first record, and I can honestly say that it is the best creative endeavor that I’ve ever been a part of. The process was so smooth and fun. The people who participated were all marvelous.

The album itself is a snapshot of a period in my life that led to a lot of confusion and depression. The album is about loss. Loss of relationships, loss of home, loss of life. The music helped me cope. Not only because I was confronting the negative energies, but because it gave me a goal, a purpose. The scariest thing I can think of is a lack of purpose. That’s why I love that I will always have music. No matter what happens, I will never stop writing.

When writing new music how does the songwriting process work in the band?

I begin the writing process on my own, coming up with melodies, song progressions, energies, and lyrics. The beginning is always very interesting to me because it’s trying to create something out of nothing. Or, rather, out nothing musical. Just feeling. I take a lot of time working out melodies and progressions on my own because I think it is a very personal thing, and needs to fit the energy of the words. I try to put myself in new locations when writing. This helps the mind experience new things and hopefully come up with new ideas. However, when writing the music itself, I’m usually just sitting at the piano or on my bed with my guitar for hours just playing the same thing over and over again until I think it’s perfect. When I’ve come to a place of confidence, I introduce the song to the band, at which point we begin to jam on it for some time. It is a very open process. We encourage each other to take risks, challenge each other and ourselves, and work together to make a single composition, rather than a song comprised of a bunch of instruments mashed together. There are times during this point where things I did not intend or expect happen, and I love that. The song becomes new when you introduce all these other elements. When we play the songs for the first time live, it kind of locks it into place.

Do the lyrics you write have specific personal meaning or can anyone interpret them in a way that connects with their experiences?

Yes and yes. All of the lyrics come from a specific personal place that I could tell you. However, I intentionally write the songs in a more vague way so to not influence how the listener could interpret the song. Whenever I’m asked, what is so-and-so song about, I direct the question back to the asker. Whatever they say, I tell them that is the meaning. I have my own interpretations of these songs, but I implore people to feel like the song is written specifically about them.

You formed in Chapel Hill North Carolina, what is the music scene like back home?

The music scene is absolutely amazing. I still get awe struck by the amount of talent that comes of the the Raleigh – Durham – Chapel Hill area. The music scene is a diverse pot of unquestionably talented musicians, from hip-hop to Americana to indie rock to jazz, and I can go on. It is very supportive as well. Shows are well attended by other musicians and music lovers from all around the area. We have great music festivals and a huge slew of venues that help support the local scene, as well as bring in big acts from around the world. The music scene is why I stayed here after college.

You have extensively toured North America and recently completed a tour of Europe, how does playing in Europe differ from playing shows back home?

Touring Europe is a very intimidating prospect for most musicians I believe. It was for us, especially considering we toured before our album was released. But as soon as we got there we were greeted by nothing less than absolute hospitality and kindness. Europeans are much more impressed by Americans than Americans are. That being said, it didn’t feel as crazy as we thought. I mean, the idea of it was absolutely mind blowing, but the routine was the same. Get to the venue for load in, check out the place and meet the people working the show, sound check, get a bite to eat, come back, watch the bands, play the show, talk to the crowd afterwards. It was all very familiar… but just had a different flavor to it. Again, though, I cannot emphasize just how incredibly nice and hospitable everyone was. It made the whole experience that much better.

I think we’re a band that can be appreciated from different angles and for different reasons, but also unique enough to stand out a bit. I don’t know, I don’t think about how we fit in to today’s music industry. I like it when people like the music, and I expect that some people won’t because different people like different things, and that’s totally cool. We have a great team behind us helping get our music to people’s ears, which is amazing. I think our sound fits in pretty well, but part of me doesn’t want to totally fit in. I want it to be weird and different.

Who would the one band you’d like to tour with?

I can’t speak for the other guys, but for me personally, Sufjan Stevens. He is my personal idol, I think he’s an incredible song writer, and I’ve seen his live show… it is amazing. I would love to be a part of that.

For those who haven’t seen you perform, what is a Happy Abandon live show like?

If you like super high energy paired with super intimate moments, with a dash of awkward stage banter, come see us live.

Well we’ve got our album coming out of course. We are going to be hitting the road in September and October for our longest tour yet. We’re playing on the west coast for the first time, which should be a blast. We’ve got some festivals we are playing. And we’ve got some other fun secrets we are keeping close to our chests for now.