On 30th April 1983, one of the UKâ€™s most enduring, globally adored songs went to No.1 for four weeks in the UK, subsequently reaching this position also in 20 other countries. Spandau Ballet were on a tour in the UK when the single â€™Trueâ€™ was released from their third album (also named â€˜Trueâ€™). Both the single and the album hit the top of the charts and catapulted the band into worldwide superstardom. Until that point, two singles from the album, â€˜Lifelineâ€™ and â€˜Communicationâ€™, had both made the Top 10 but when the lushly produced, intensely romantic ballad â€˜Trueâ€™ hit No.1, everything changed. 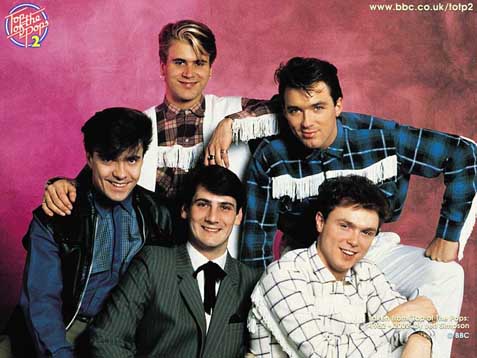 The already sold-out tour turned to pandemonium, and security needed to be brought in as thousands of screaming girls descended on the final dates. The bandâ€™s first No.1 was then celebrated at the party of all parties aboard a boat trip down the Thames after the bandâ€™s performance at the Royal Festival Hall.

To date, the timeless â€˜Trueâ€™ has notched up almost 4 million radio performances in North America alone, according to BMI, and continues to be a favourite on mainstream UK radio play lists and radio stations worldwide. It has 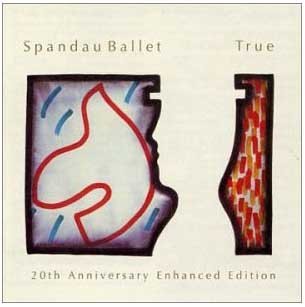 been covered and adapted many times by other artists all over the world and has been particularly adopted by the R&B community and adapted and sampled with great success many times by, amongst others, PM Dawn, Teddy Riley, Nelly and most recently Lloyd. The track has also featured in countless feature films including blockbusters Charlieâ€™s Angels, The Wedding Singer and 50 First Dates and many, many TV shows worldwide. It is also soon to feature as the soundbed to a new M&S Food advert. â€˜Trueâ€™ is also, of course, the â€˜our songâ€™ of thousands, and a perennial beloved favourite at wedding discos the length and breadth of Britain!

On 5th May, EMI will celebrate this 25th Anniversary by digitally releasing a brand new â€˜Trueâ€™ EP, which will include the original single, a new mix by Gary Kemp and original co-producer Tony Swain, the remastered album version, plus a spine-tingling live recording of â€˜Trueâ€™ and another Spandau classic hit â€˜Goldâ€™ from the last show of that infamous 1983 tour, at Sadlers Wells.

This will then be followed in the Summer by a comprehensive Spandau Ballet â€˜Sight & Soundâ€™ CD & DVD which will include all the hits and their accompanying promo videos in one package.

Gary Kemp will be talking about the writing of â€˜Trueâ€™, and performing the song acoustically for the first time since he presented it to the band in 1982, in an episode devoted to him in a new series on Sky Arts, channel no. 267, called â€˜Songbookâ€™, first airing on 8th May.
spandauballet.com