Pop-Rock legends HANSON return to the UK with a new album and 5 shows over 5 consecutive nights playing their 5 albums to date in their entirety, June 5th-10th. 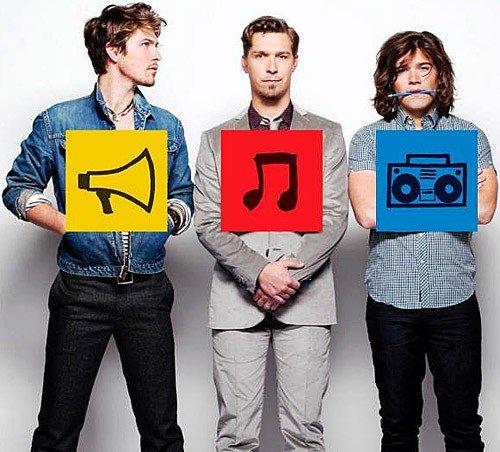 The concerts have been such hot tickets through the band’s fanbase that they are almost sold out. Final tickets are now on sale to the public.

The concert event was conceived of as a celebration of the band’s 5th studio album Shout It Out, released last year in the US to much critical acclaim with a #2 debut on the Billboard independent charts.

Excitement from audiences lead by the band’s soul inspired US debut single “Thinking Bout Somethin’” garnered millions of views for the video, which paid homage to the iconic film The Blues Brothers featuring a crowd of hundreds dancing in the street and a guest appearance by “Weird Al” Yankovic.

In advance of the UK album release and 5of 5 concert series this June, debut UK single “Give A Little” is set to be released May 8th featuring remixes by Questlove of The Roots and RAC, following a groundswell of support at US radio and TV for the 60’s inspired pop-rock single.

It’s 13 years since the brothers made history with their, soul-inspired brand of American pop-rock lead by the breakout single MmmBop, a phenomenon all over the world and one of the purest pop hits of the last 2 decades.

Since then the band have grown into one the best pop/rock bands in the world, tirelessly touring and producing 5 great albums.

Isaac, Taylor and Zac Hanson have spent the last 13+ years, starting with their first major tour in 1998, earning huge respect for their live performances.

New York’s highly respected Village Voice was moved to name them “the finest straight up rock band in America”, while U2’s Bono just called them “genius”.

The upcoming UK release of Shout It Out, on their own 3CG Records (through Absolute via Universal), will be available on all formats with bonus DVD Best Of 5 featuring live performances of the band’s most iconic singles captured at the original 5of5 concert series in New York, as well as a CD ‘media book’ special package featuring additional images and design for the physical album release.

HANSON fans will be happy to know the early summer release and concert series will be just the beginning for the band’s renewed UK presence in 2011 with plans for a follow up UK concert tour, as well as summer festival appearances.

Tickets for the 5of5 London on sale to the public now on Ticketmaster.com and GigsandTours.com.
www.HANSON.net