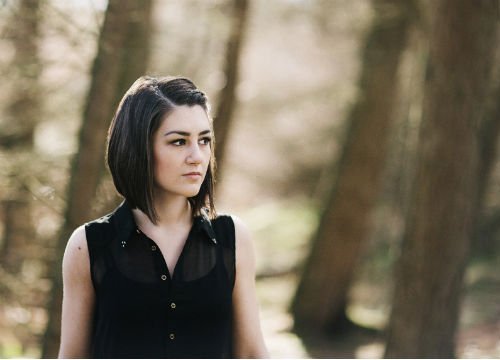 
“This sums up what I’ve been up to recently – Graduating from University and making music!” 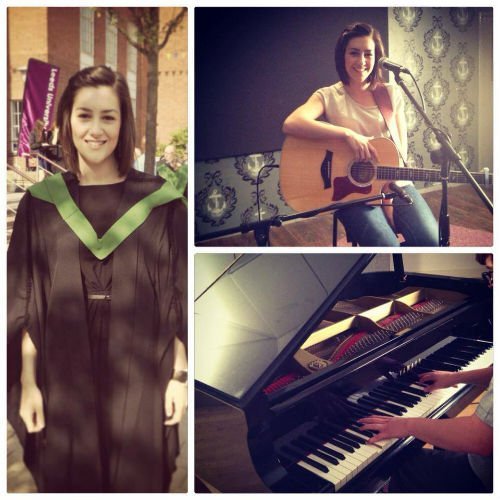 Hi Hannah…Can you tell us a bit about your early days at 17 busking around Leeds and how they differ from now?

I started busking because I didn’t have a fan base so it was difficult to get local gigs. Busking on the street at such a young age was initially scary but it was a great way to get immediate feedback, and start building a fan base for my original music from people who may not have necessarily chosen to listen to the genre of music that I was playing.

Now people are coming specifically to see me play live, which is scarier in a way as there’s a little more pressure to perform well, but its great to be able to connect with people in a setting that I can create the exact sound that I want to! 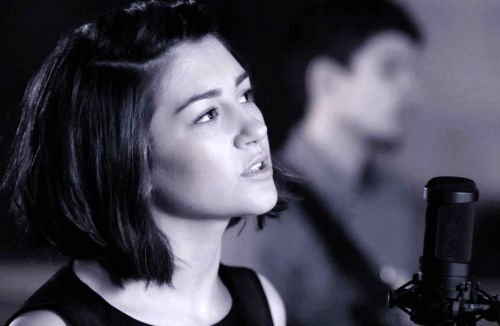 Boyce Avenue asked you to sign to their label 3 Peace Records…Have you ever thought, “this is what life was made for”?

When I heard the news I was so excited, and i’m still excited to be working with them everyday! Its great to have the support of a label and to have that label run by musicians is fantastic for me because I’m trying to grow and improve as a songwriter everyday.” 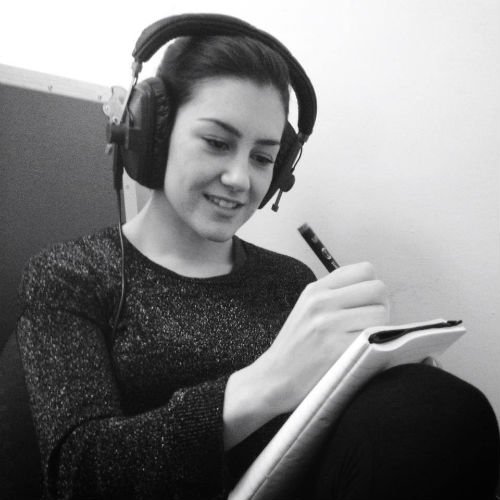 Can you introduce your debut single ‘Hurricane’ to our readers?

‘Hurricane’ is a song I wrote with Ollie Green. Its about that instant attraction you can have with someone. They walk through the door and it’s like BOOM, you’re drawn to them and you don’t know why but you want to find out.

We used heavy reverb and delay effects on electric guitar, percussive acoustic sounds and a driving chord progression to convey that message, a lot of my influences can be heard through this single.

How important is the DIY approach (like yours) for the music industry?

The DIY approach has helped me learn and understand a lot about myself – who I want to be as an artist, how to exist in the industry on my own terms, and most importantly how to give back to the fans. 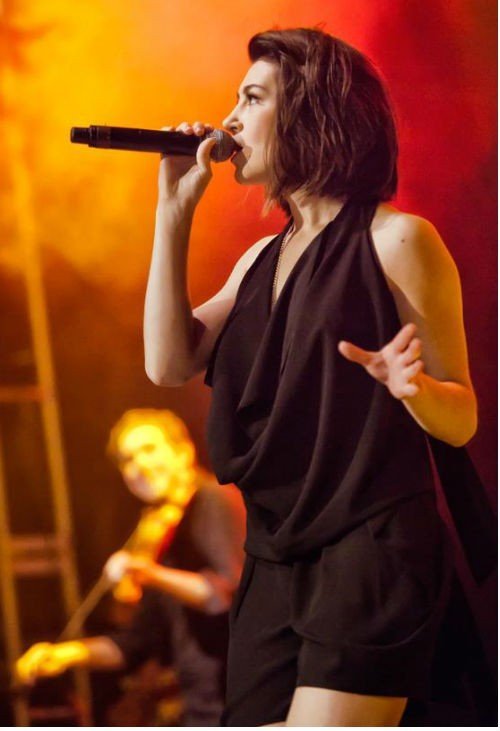 Louis Tomlinson of 1D said “what a great voice!”…are you a fan of 1D?

I am! I saw the boys perform at Sheffield last year and was surprised at how on point they were throughout the performance. I think live performance is the most important aspect of releasing music, not the actual release date or music video, changing the song up and conveying that emotion live makes for an amazing experience.

Personally when I go to gigs that’s what I’m looking for from an artist; raw emotion.

I’d love to do a duet with Ray LaMontagne, The XX, Ed Sheeran… So many people of different genres! It would be hard to narrow down to just one, I think Phil Collins would be the one though!

I’ve finally found the sound that I want to produce, and its taken me years and a lot of experimentation! But no I wouldn’t do anything differently, maybe apart from not listening and being so aware of what everyone else was doing.

Also I guess when I was younger I was just writing these songs and not really understanding what I could do to make them more representative of me, buying my electric guitar was a turning point.

A lot of people have a lot of different opinions, its been hard to just focus on myself and the kind of music and style I want to produce, but I believe in the music that I’m about to release so much that I just have to get it out there!

I take advice but I don’t watch other musicians anymore for tips because I have to just do my own thing.

What and Who has helped you the most get to where you are today?

My parents have been extremely supportive and have helped me in all aspects of my music, as has my manager Natasha Arciniega (Hear Me Roar Management).

My manager and I worked tirelessly for 3 years with barely any income to get me to the point where I was in a position to sign to a label, that’s dedication!

Same for my amazing guitarist Will Dewsbury, he has played with me for years at live performance events and is just my go to guy.

Do you ever change a song’s lyrics in live sets?

I have done before when I’ve forgotten them haha. But, freestyling has definitely come into play! When things have gone wrong technically I have changed lyrics and sang a joke or something sarcastic about the situation mid-song, I like to do this, it releases a lot of tension with the crowd and helps to laugh it off.

Life, as predictable as that answer is! Friendships, relationships, heartache, love… I listen to a lot of music, from Craig David, to LCD Soundsystem to Kings of Leon to Eminem so sometimes it’ll be just the vibe of a song that makes me want to write, or something I see or feel when I’m watching a movie, or a phrase that I hear.

I like writing songs around metaphors, because nothing is ever black and white anyway in reality, metaphors let the audience have their own interpretation, which I find really interesting to hear about.