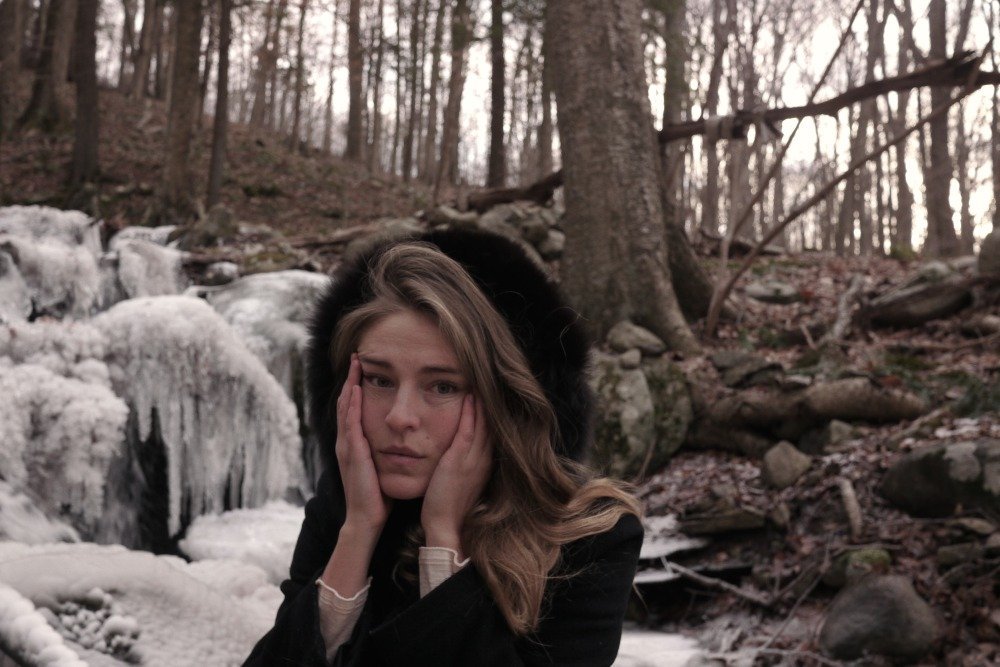 Hi Hannah Epperson! How are you today?

SO COLD! London is totally frozen over, and I didn’t pack my long underwear!

Please tell us about your new album ‘Slowdown’:

Hard to even know where to begin elaborating on something that truly feels like a synthesis of everything that has been on my mind for the last five years … it’s … ha. It’s just everything I had to offer during the time that I made it, and what that means exactly does and will continue to change as I keep growing beyond it.

How did you come up with the idea of having two distinct versions (Iris and Amelia) of each track on the album?

I had been developing a collection of songs with a good friend and producer (Stint), but began to realize that what we were exploring together wasn’t bringing into view a clear sonic narrative for me. And it differed so drastically from what I had been developing in my live performances. I wanted to tell two stories at once with my music, and so Iris and Amelia – fictional characters I had developed in a screenplay – offered themselves and their worlds for me to explore these two different sonic worlds in a fuller, more comprehensive way.

I first started learning how to throw on the naked beach attached to my university campus in Vancouver, Canada, and ended up joining my college team. The unusual ethos of the sport was so attractive to me, and the actual physicality of the sport was so tremendous, that I never ended up being able to retire …

What’s the music scene like in Canada at the moment? Anyone you’d recommend?

To be totally honest, I’ve fallen out of the Canada music scene a bit, as I’ve spent so much of the last four years on the road or in Brooklyn. But I’m always excited when I go back and realize that things keep GROWING, that there’s a new generation of inspired, fierce, emotionally robust kids making new music, expanding and cross pollinating different genres, etc. I’m going to be reconnecting with the Canadian scene this summer … i’ll report back soon with my fresh finds.

You supported RY X in London recently! How was that?

This whole tour with Ry X and his crew has been incredibly beautiful, sensitive, supportive and just plain fun. I think I might just be a little more sad anything, that this was the last show of the tour!

Any other gigs coming up?

Tons, I’ll be doing a 2+ month European headline tour in April and May.

I want to dig into the writings of Rosa Luxembourg, write a new record on a different instrument, make commitments and believe myself when I make them, play lots of shows, keep track of my Sharpies after shows, apply for grad school, play some beach frisbee tournaments … 🙂