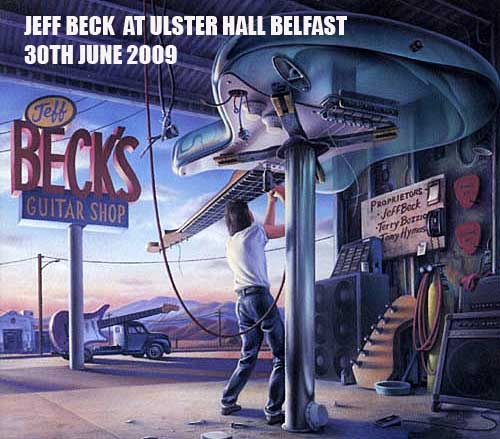 Guitarist Jeff Beck’s induction in the Rock and Roll Hall of Fame, on April 4, 2009, places him in the company of only a few other artists to be inducted twice. He was inducted with The Yardbirds in 1992 and continues to reap the benefits of a long career as one of the world’s most innovative and unique rock artists.

Jeff Beck, Eric Clapton and Jimmy Page all share the spotlight as members of Rolling Stone Magazine’s list of the “100 Greatest Guitarists of All Time.” Although Beck may not have enjoyed the commercial success of the other two Yardbirds alumni (in part due the fact that he does not sing), his work has earned him much critical praise, along with four Grammy awards for Best Rock Instrumental Performance. 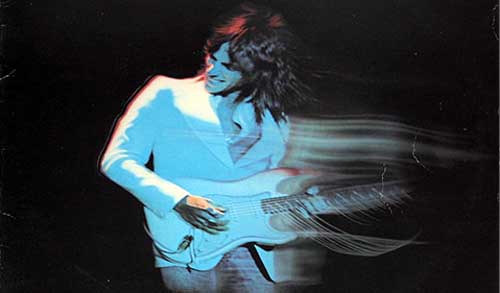 In addition, despite his short, 18-month tenure with The Yardbirds, Beck’s guitar playing can be credited with the band’s biggest hits, including
“Heart Full of Soul” and “Shapes of Things” both of which influenced the psychedelic sound of the 60s.

Jeff Beck joins hundreds of artists inducted into the Rock and Roll Hall of Fame and Museum over the past two decades. The Beatles, Elvis, Jimi Hendrix and other notable bands and artists are inducted during a special annual ceremony.

They are also featured in the Museum’s Hall of Fame exhibit, which includes, as noted on the museum’s website, a computerized “jukebox” containing virtually every song of every performer inductee; etched-glass signatures of the inductees; a film on three huge screens recounting their careers and music; and a display of artifacts from the current year’s inductees.

The understated style of Jeff Beck characterizes his legendary status. He views success as a guitar player when the instrument’s sound veers from tradition. As he notes on the biography section of his website

Beck’s style of guitar playing is as unique as his sound. He plays the entire guitar, never uses a guitar pick, and constantly twists and turns both the tone controls and whammy bar. The results are speed, dexterity and sounds unlike many are able to achieve with a simple electric guitar. 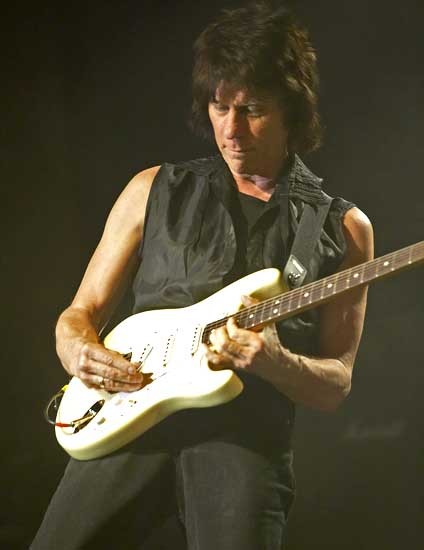 As demonstrated by his 2007 performance on American Idol with Kelly Clarkson, Jeff Beck is an artist who keep recreating himself. Before an estimated audience of 30 million, Beck and Clarkson performed “Up To The Mountain” which was followed closely with Beck kicking off a seven-date European tour.

It continued to be a busy year for Beck as he brought his trademark Fender Stratocaster to perform a series of concerts at London landmark Ronnie Scott’s club in 2007, followed by a CD release in 2008 of the best performances from across the series.