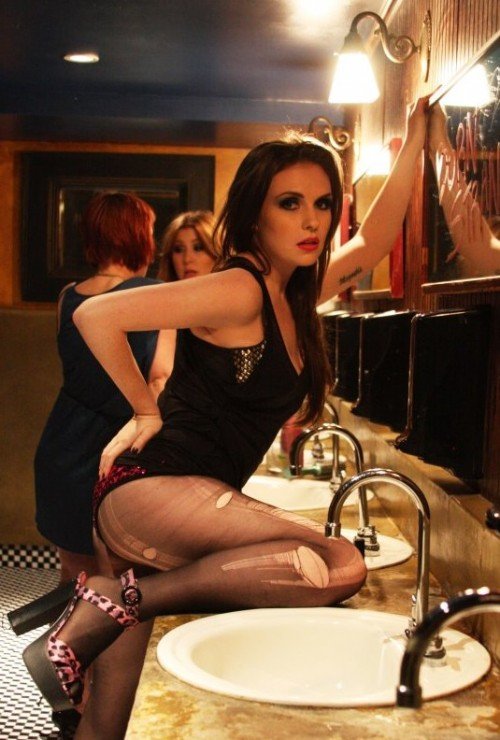 Pop punk band Haley Bowery and the Manimals are proud defenders of the punk music faith.

Their upcoming single ‘All Lies’ and debut album ‘Born Strange’ testify to that belief in the genre they love. Fame caught up with sexy pop-punk princess Haley Bowery, to discuss their love for punk and much more.

So what do you think makes punk one of the few rock genres that never seems to go out of fashion?

Punk has changed it’s shape so many times since The Sex Pistols and The Ramones- but what they were doing was subverting simple blues and pop chord progressions and turning them on their heads.

Subversion will always be in style.

Punk- and not just the music, but also the fashion, the hair, the attitude- is about being rebellious. It speaks to our teenage selves.

As long as there are Top 40 pop songs, football players and cheerleaders, conservative politics- there are going to be punks fighting against that.
How would you describe your upcoming single and album releases to someone who has yet to hear of your work?

Our album, Born Strange, is about being young, broke, a little crazy- and learning how to live with your mistakes. It’s angry, ecstatic and heartfelt.

I think it blurs genres… there’s a punk attitude, but they’re also really hook-filled powerpop songs with a fistful of glam-rock drama.

Our first single, “29”, falls on the heartfelt side- it’s more of a sweet indie pop tune, but really speaks to those themes of growing up.

Our second single, “All Lies”, starts out a little grungy, but explodes into an enormous anthemic chorus.

There’s a killer synth line and a big singalong at the end. 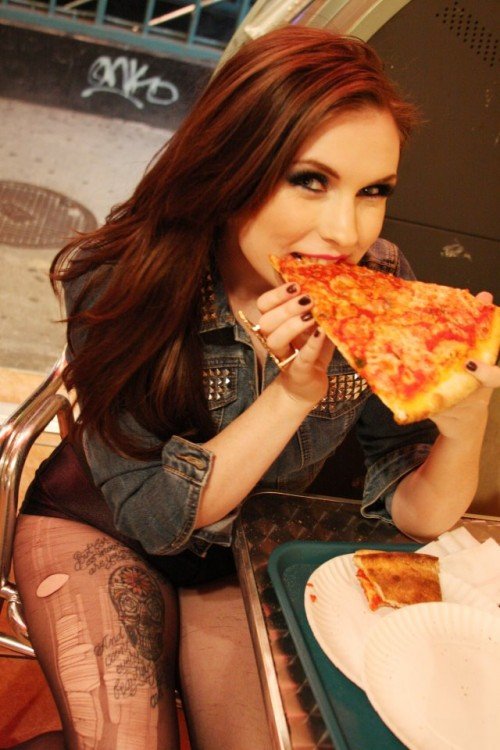 Are you excited about these releases?

Hell yeah! This is our first full-length album, and the first time I’ve ever recorded in a studio.

I’m so psyched to put this out into the world. It’s very personal for me- a lot of blood, sweat and beer went into making this record!

I played solo for years, and started getting serious about it in 2010. I recorded a homemade EP called Side of the Hill, and went on an acoustic tour of North America with singer-songwriter Matthew Pop.

That’s around the time that I felt I was ready to make these songs sound the way they did in my head- I wanted to be loud, I wanted to scream.

I found Pat, Joe and Attis last year through online ads, believe it or not! So, so lucky. They’re incredible, creative musicians and great friends.

What inspires your songs and what is the writing process like within the band?

I’ve always written very confessional, diary-like songs, since I was thirteen. They would often come to me right in the moment of angst or heartbreak.

Sometimes it still works that way, but now I sometimes have to dig a little deeper. I wrote my song “Blitzed” this past fall about someone I dated four years ago.

But then, I wrote the single “29” when my boyfriend- who had recently turned 30- was having a bit of an existential crisis over his lost youth. I sort of wrote it as a gift to him.

Once I’ve written the lyrics and the basic music on guitar, I give it to the band. They’re geniuses, and come up with amazing arrangements.

Your live shows are lively affairs can you describe a typical one to us?

Lively is a word for it! We have a song that says “take your clothes off like you got no mama”, so at every show I wear two outfits, so that I can strip off my outer layer for that number.

I always encourage- or heckle- the audience to take something off, too.

One day, I hope to create mass naked chaos. I also take whiskey shots with the crowd, headbang, and all of us like to shout and curse.

I’ve always felt that if a live show sounds and feels just like listening to the album at home, you’re doing it wrong.

There should be an element of surprise- sometimes I dole out spankings.

Whats next for the band after these releases?

We have a big release show next month in NYC, and then we plan to play around a bit, until we tour in the fall with our friends Hannah vs. the Many. We’ll be releasing a split 7″ with them, too.

Are there any artists/bands that inspire you artistically?

I have an obsession with 70s-era CBGBs… Blondie and Patti Smith, especially. And I grew up on 90s alternative and pop, like Alanis Morissette, Hole, and No Doubt.

A lot of badass women. I’ve also taken notes on being a frontwoman from Justin Tranter of Semi Precious Weapons- but he still works heels much better than I ever could.

Bruce Springsteen is a big inspiration for me as a songwriter, too.

Have you any advice for up and coming bands today?

You can’t just be talented and look pretty. Those things are good, but today you have to be so much more involved.

I’ve heard it referred to as “leading a tribe”, and I think that’s a great way to look at it.

You need to find your people- your special group of weirdos- and give them lots of love, and experiences to remember.

It can be hard to find them, because there are just so many bands out there these days. But once you do, you have to stay engaged, you can’t be passive.

Finally where will Haley Bowery and the Manimals be in five years time?

I could go off the rails here and start telling you all of my embarrassing fantasies.

But really, I just hope we’re still going strong in five years, making interesting music and ideally sharing it all over the world.