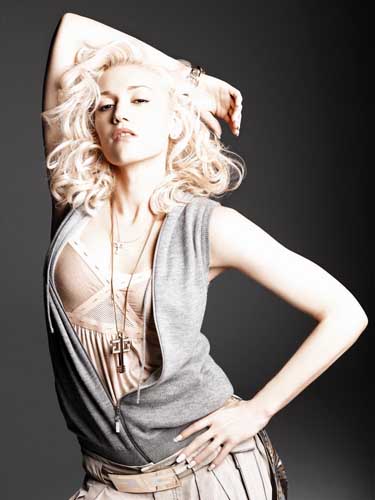 By Jen Higgins
US star Gwen Stefani will make her debut solo appearance at the Odyssey Arena on Monday when she brings The Sweet Escape tour to Belfast.
The former No Doubt singer had huge success with her debut album Love. Angel. Music. Baby. and her follow-up offering The Sweet Escape is proving to be just as popular.
Belfast fans of the Californian star will be treated hits such as Rich Girl, Hollaback Girl and What You Waiting For? as well as her more recent singles including Sweet Escape and her next single Now That You Got It, released on October 22 and features Damien Marley, son of reggae legend Bob Marley.
Stefani has a reputation for providing spectacular performances and with her Harajuku Girls accompanying her, fans should not be disappointed.
Brazilian electro-pop band CSS are supporting and kick off the night’s entertainment at 8pm.
Limited tickets are still available priced, Â£40.00 / Â£38.00 (seated) and Â£38.00 (standing) from Odyssey Arena box office, Virgin & all usual Ticketmaster outlets.
www.wonderlandpromotions.co.uk
www.ticketmaster.ie