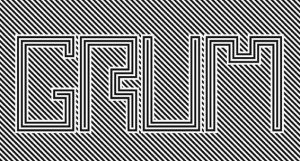 Following on from the almighty ‘Sound Reaction’ and ‘Runaway’, much hyped 23-year old Scotsman; Graeme Shepherd AKA Grum is back with yet another dancefloor destroyer, the almighty infectious ‘Heartbeats’.

Already play-listed by DJs as diverse as Rex The Dog, Aeroplane and Pendulum, ‘Heartbeats’ is the kind of track that Mylo’s ‘In My Arms’ would have sounded like if he’d been raving to Justice for the past couple of years.

Taking inspiration from two of Grum’s favourite albums, Daft Punk’s ‘Discovery’ and Human League’s ‘Dare’, ‘Heartbeats’ coarses through the veins, causing the same sort of pulse altering reactions that only true dance classics have the ability to do.

Grum explains “Heartbeats was my first attempt at a real crossover dance tune, fusing French-house, pop, and Italo disco along with a cheeky sample from an 80s legend. It’s my favourite tune I’ve ever written, hope you like it too!”.

With his electrifying re-workings of songs by artists including Passion Pit, Tommy Sparks, Freeland and Jump Jump Dance, Grum is simply the producer and remixer-du-jour for a wide range of tastemakers it surely wont be long before DJs have at least three of his productions in their sets!

When not holed-up in his studio in Leeds, Grum can be seen DJing at top places around the world from Bestival to The Warehouse Project (Manchester) to Razmatazz (Barcelona), all this in between planning some pretty special elements for his live shows, and adding the finishing touches to an album, which will most definitely be one of the hottest debut records of 2010 – we can hardly wait!