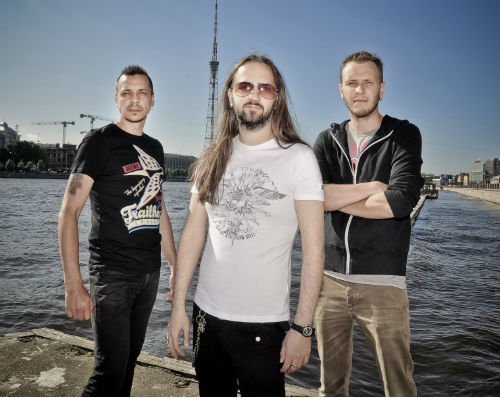 
Check out our Q&A with frontman Andrey ‘Ind’…

Can you talk a bit about “Blood on the Face”?

Sure, that is the latest release from Grenouer, seventh in a row, the new chapter in creativity. After many years of playing various forms of extreme metal we have arrived to the world of melodies and that is really breathtaking. Of course we have remained a metal band yet focused on writing songs aimed at non-specialist audience.

The album, comprised of ten original songs plus Stonetemple Pilots cover, was recorded at various studios in Finland and Russia, and mixed in Italy; finally released worldwide through Belgian record label Mausoleum Records.

In the early 90’s in Perm city (the last big city in European part of Russia) Grenouer was formed. That was a crazy time (rapid political changes within the homeland), and we were so young and brutal (and heavy music seemed a proper place to accommodate our hearts). And spontaneous!

I dare say that the band became more serious after recording of debut album in 1996, and that soul-searching caused line-up changes and organizational modifications. In 2000’s Grenouer moved to Saint Petersburg and I can say that the band was continually evolving and developing, and sometimes taking great pains.

The biggest difference is that there was no Internet, no social networking and everything had to be real. Like you had to be a real band that plays, more than a mere collector of virtual ‘Likes’.

People attended gigs for adrenaline, I remember that we even didn’t take photos, just had fun for fun’s sake and knew the difference between words “crazy” and “lazy”. Not to mention that people were eagerly buying music and listening to an album more than once.

Is the Russian Rock scene death or alive?

I dare say that the scene is alive but has very local character. Even if a band uses English lyrics that is already too much. I also see that bands and subsequently their fans lack ambitions and do not check happenings outside their circle of friends. 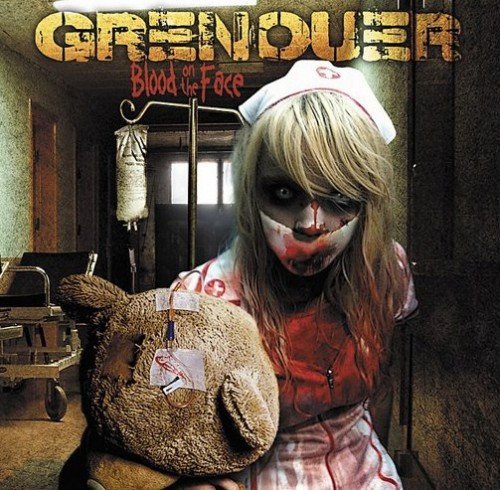 How much are you involved in the production of your great videos?

These days we do our best to get less involved! In previous years I actively participated and as a result Grenouer older videos have obvious shortcomings.

Now I prefer not to write for the screen, not to select locations and actors. Of course I share ideas but do not interfere actively. The maximum involvement now simmers down to investing money and giving directors carte blanche.

This question is a subject to wide-ranging speech! The music that turned me into a musician was hard ‘n’ heavy of 80’s, and that was only the beginning, and further on I scrutinized all forms of metal from commercial to deep underground. I also made journeys to 50’s, 60’s and 70’s.

At the same time I am already not an expert in extreme metal genres, and bands like Porcupine Tree or Tool have impact on me rather than anything fast and loud. 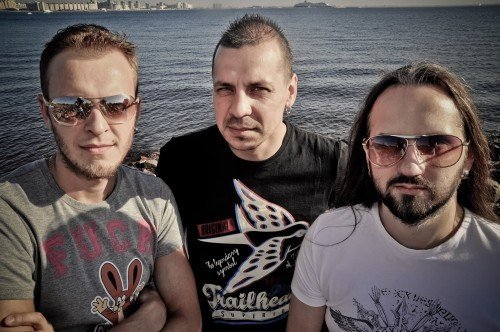 The hardest part is to realize someday that your band is totally out of supply-and-demand system, that all your investments might never return.

Well, understanding that makes life easier – if industry doesn’t want you this shouldn’t stop you from making music and throwing the handle after the the blade.

The middle of summer, just a routine gig at a routine venue. Nothing special, like underwear. No complains though. More gigs will follow and especially we are in anticipation of PPM Fest in Belgium in April 2014, a huge 3-day even where bands like Therion, In Extremo, Rage, Pain…

To remain as a band, to keep growing and still be releasing albums on CDs through record labels. To go on hoping.

First of all we thank our families and friends for never-ending support!

In relation to the recent album we need to thank the following people –
Didier Scohier (Artcore Design), Alfie Falkenbach (Mausoleum Records, Dualized and Eddy Cavazza (Dysfunction Productions), their contribution is hard to overestimate. If possible – let me also mention saboteur and spoiler Randy Cody (The Metal Records) who just robbed us.

What music do you listen to, when you are on tour?

That depends upon the mood and health condition. During the last tour Damn Yankees and Pretty Maids were in repeated playlist. We also watched all series of The Toxic Avenger, fortunately the driver was our close friend and could stand that craze.

More music videos, at least two are in production, and more songs. The
next album is coming someday. Tours? Depending upon agreements with bookers. We don’t expect miracles but do not despond. Grenouer’s workaholism knows no bounds.