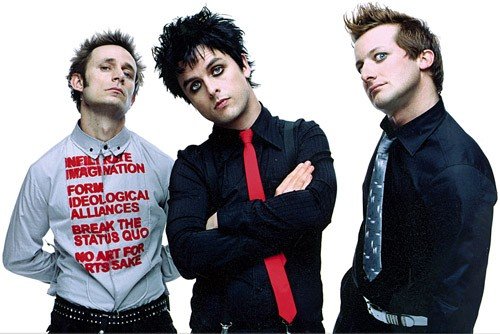 Green Dayâ€™s 2009-2010 â€˜21st Century Breakdownâ€™ tour proved to be one of the most dazzling and memorable live events of recent years.

The bandâ€™s explosive performances and captivating energy from the tour have been captured in their new live album and DVD â€˜Awesome As F**kâ€™ that will be released on March 21st on Reprise Records.

When it concluded, vocalist/guitarist Billie Joe Armstrong, bassist Mike Dirnt, and drummer Tre Cool sifted through the audio to deliver the best performances from their shows around the world.

The final tracklisting includes a performance each from the Wembley, Manchester and Glasgow shows, as well as other songs captured at venues ranging from Dublin to Japan .

In addition, â€˜Awesome As F**kâ€™ also includes a sixteen-track DVD that was filmed in Tokyo .

No song performances have been replicated on both the album and the DVD. A deluxe DMD album will also be available with the extra tracks â€˜Letterbombâ€™ and â€˜ Christie Road â€™. 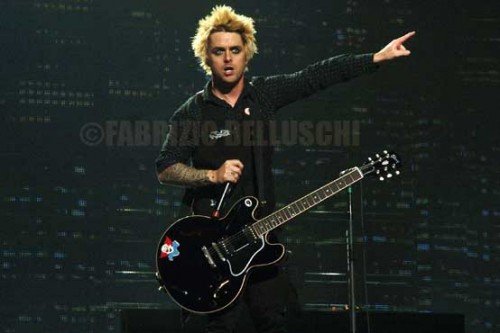 Released by Reprise Records in May 2009, â€˜21st Century Breakdownâ€™ debuted at No. 1 on both sides of the Atlantic, sold over 3.5 million copies worldwide and earned Green Day a 2009 Grammy Award for Best Rock Album.

The album includes the hit singles â€˜Know Your Enemyâ€™ and â€™21 Gunsâ€™.

â€˜Awesome As F**kâ€™ will be launched with some special UK events that will be announced in the near future.
www.greenday.com