Grant-Lee Phillips, an artist who ABC News called “one of the most gifted songwriters of his generation…” has announced a date in Whelans on April 28th in support of his latest album Strangelet, released last March. 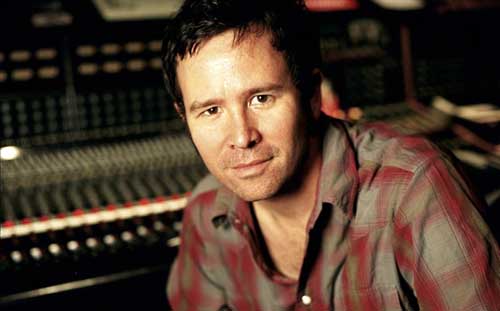 Grant-Lee will tour with Paul Bryan on bass and Jay Belrose on drums for a performance which will include songs from Strangelet as well as material from his personal musical past. “These shows are gonna’ pack a wallop,” says Phillips. “For me, the stage has always been a place where the songs take on another life. There’s no confinement, no clock and yet you’ve got one shot to say your piece – there’s no take 2. I kind of thrive on that urgency and if anything I’ve tried to carry those qualities into the studio more and more. Strangelet’s that kind of record. You feel it in the songs and with this line up, it certainly comes across live.”

Phillips has always had a clear and consistent vision of his artistic and musical direction to which both critics and fans have responded enthusiastically. As frontman of the engaging indie cult rock outfit, Grant-Lee Buffalo, he was named male vocalist of the year in 1995 by Rolling Stone. He was called a “soulful balladeer” and one “who continues to solidify his place in the upper tier of Americana,” by USA Today. His music has been featured in a diverse range of films and television shows, from Gilmore Girls (“Spring Released,” “Lily-A-Passion,””Raise the Spirit”) a show where he continues to appear as the Stars Hollow Town Troubadour to Roswell (“Beautiful Dreamers”), Six Feet Under (“Humankind”), House (“Happiness”), and Grey’s Anatomy (“Under the Milky Way”). He also scored the entire first season of ABC’s What About Brian.
grantleephillips.com