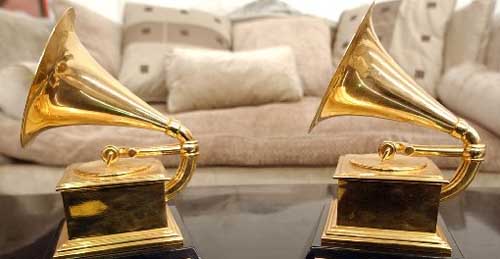 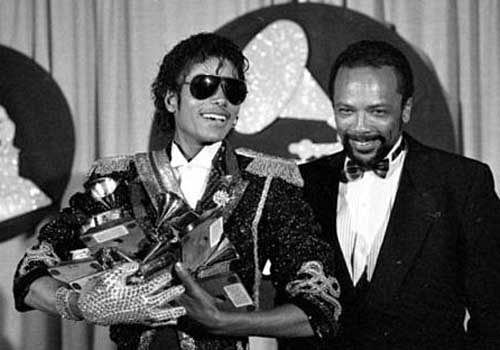 Jamie Foxx and nine-time GRAMMY winner Eminem are each up for three awards: Foxx with Best R&B Performance By A Duo Or Group With Vocals for “Blame It” (with T-Pain), Best R&B Song for “Blame It” (with James T. Brown, John Conte Jr., Christopher Henderson, Brandon R. Melanchon, Breyon Prescott, T-Pain & Nathan L. Walker), and Best Contemporary R&B Album for Intuition; and Eminem with Best Rap Solo Performance for “Beautiful,” Best Rap Performance By A Duo Or Group for “Crack A Bottle” (with Dr. Dre & 50 Cent), and Best Rap Album for Relapse.

Drake has two nods: Best Rap Solo Performance and Best Rap Song for “Best I Ever Had” (the latter nomination with D. Hamilton & M. Samuels).

So that viewers at home can enjoy the unique 3-D tribute to Jackson, CBS and Target have partnered to provide millions of free 3-D GRAMMY Glasses. From Sunday, Jan. 24, through Sunday, Jan. 31, Target stores nationwide will exclusively offer these 3-D GRAMMY Glasses so that fans have the opportunity to see the film that was very personal to Jackson. Additionally, the audience at STAPLES Center will share the 3-D experience, wearing the same glasses as those being worn by viewers at home.

Blige’s and Bocelli’s once-in-a-lifetime performance (audio and video) of the Simon & Garfunkel classic “Bridge Over Troubled Water” will be made available for download at iTunes.com/Target following the telecast, and all proceeds will go to the American Red Cross, benefiting ongoing earthquake relief efforts in Haiti. This year marks the 40th anniversary of “Bridge Over Troubled Water” receiving GRAMMY Awards for Record Of The Year, Album Of The Year, and Song Of The Year, and the song will provide a moving tribute to the survivors of the tragic events in Haiti.

As part of Bon Jovi’s performance on the 52nd Annual GRAMMY Awards, fans will have an opportunity to decide which Bon Jovi hit the band will perform. For this “You Pick It, They Play It!” special segment, viewers can log on to www.cbs.com/grammys now and vote in the final round for one out of three of their favorite hit Bon Jovi songs: “Always,” “It’s My Life,” and “Livin’ On A Prayer.” There is no registration to vote, and fans may vote as often as they wish. Additionally, a 30-second clip of each song may be viewed. Voting will continue until Bon Jovi’s performance on the 52nd Annual GRAMMY Awards on Jan. 31, when the song with the most votes is revealed live during their segment.

Established in 1957, The Recording Academy is an organization of musicians, producers, engineers and recording professionals that is dedicated to improving the cultural condition and quality of life for music and its makers. Internationally known for the GRAMMY Awards â€” the preeminent peer-recognized award for musical excellence and the most credible brand in music â€” The Recording Academy is responsible for groundbreaking professional development, cultural enrichment, advocacy, education and human services programs. The Academy continues to focus on its mission of recognizing musical excellence, advocating for the well-being of music makers and ensuring music remains an indelible part of our culture. For more information about The Academy, please visit www.grammy.com. For breaking news and exclusive content, join the organization’s social networks on www.facebook.com/thegrammys,Â  www.twitter.com/thegrammys, www.youtube.com/thegrammys.