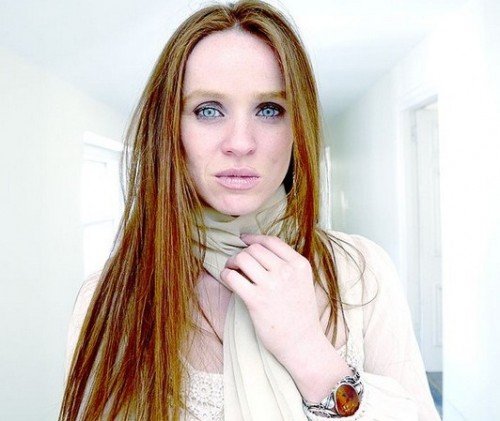 Four years ago Grainne Duffy sent her debut release to Classic Rock magazine, securing a review even before she had secured a recording deal.
Follow up release ‘Test of Time’ in the style of classic blues reflected the hardship of her native land. During the Britpop era Grainne’s influences were Peter Green,Rory Gallagher, BB King and the Stones. Clearly she wasn’t prepared to follow popular trends.
Following a music degree at NUI Maynooth,Grainne did session work abroad.and toured Ireland with Shanco. Diverse support slots with artists from Paul Brady-Ocean Colour Scene followed.

In 2008 she played the acoustic stage at Glastonbury with established artists Suzanne Vega and Joan Baez. Mostly playing and touring Europe, Grainne made a recent return to Irish shores to play at The Empire Music Hall in Belfast. I had a brief chat with her prior to soundcheck:

What were your early musical memories?

“They were my fathers records, because growing up we did not have a tv. He would have a record collection of mostly country,Patsy Cline ,Johnny Cash. We were mostly listening to American Country.

As we were growing up our father would get us a record for Christmas. We started asking for The Rolling Stones, Bob Dylan….” 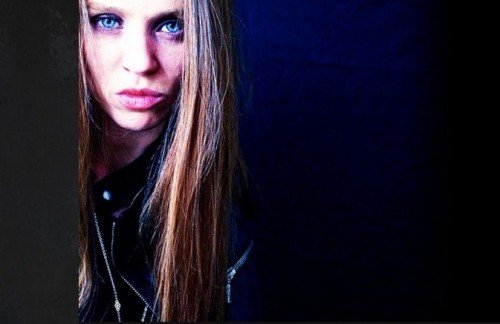 Where did the blues influence come from?

“That came from my sister who was into Fleetwood Mac. I heard Peter Green’s playing on ”Need your love so bad” and I was just floored and fell in love with that. His feeling and his tone.

Then you played in a couple of church choirs. You moved from there to playing what is universally called the “devils music”-the blues. From one extreme to another?

“I think that when we were at school everybody had to join the choir to sing and that is where that came from. As I got older,I started to listen to the Pretenders, The Rolling Stones.

My sisters had a band which I joined and we started playing that sort of music.“ 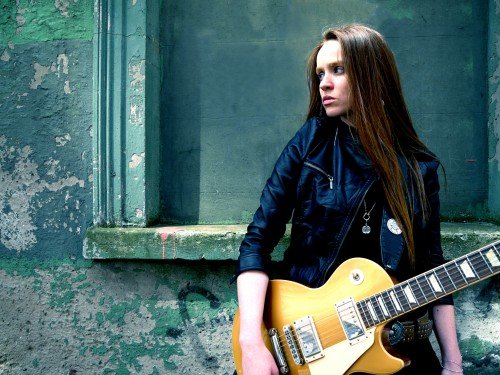 After your music degree you then did some session work abroad?

“I did my music degree in Maynooth Ireland,but I decided to travel and then to play music in Italy, France and those places”

When you first started there was elements of hard rock influences in your playing.

“When I first started playing I was just finding my way. I was playing in a rock covers band playing Led Zeppelin and material like that.

The more I played, I got more into the blues-Jimmy Page and the influences behind him like Robert Johnson.”

What about Rory Gallagher and Thin Lizzy some influences closer to home?

We were asked by Classic Rock to cover a Thin Lizzy track recently. It is on the next cd with their magazine(out now)

“We had to do one from 1977,from the Bad Reputation album,so we choose “Southbound”

Its got a slightly country feel to it?

“We decided to go for something a bit more melodic or soft rock, which suits us”

Good and bad points about being involved in the music business?

“Good point is that its what I am passionate about and it is what I love–to play music.

Being able to go to different places and see the world. The bad point is when you are out on the road, having to work long hours.

Going to a new country, when you are starting all over again, depending on people to come to the show, and maybe the weather is bad”

You seem to be personally very driven and motivated regarding your music career.

“Yes I would say that I am ambitious,as I am so passionate about it. The way that the industry is now most people don’t even have a record deal.

You have to do a lot more yourself, so you are educating yourself all the time”

What are the main differences between your two releases to date?

“I suppose my first record was more folk and rootsy and had a lot of blues and solos. This record is a bit more contemporary.

It has a little bit more pop and soul in it. I still think that it is still me but more song-based”

Can you introduce your band to the readers?I believe that you have several members from N.Ireland?

“I sure do, my keyboard player John Mc Cullough is from Belfast. Davy Watson bassist is also from Belfast.Gerry Morgan my drummer is from Newry. My main guitar player Paul Sherry is from Co Monaghan.

I have known him obviously the longest-around ten years.”

I have read that the Etta James cover has special meaning to you, but which of your own songs have a similar poignant or personal attraction?

“If I had to pick one it would be “Waiting for You” It was a song I wrote based on my love of Bob Dylan.

I was going to go to a party the night I wrote it, but I stayed at home. It is one of my favourite songs.

I think if you are a little bit more dedicated something good can happen, sometimes”

You have played many countries in your short career to date including Thailand. How did you find that?

“The festival promoter just got in touch with me and asked us to come and play.I was delighted.

We stayed in a beautiful place and it was a great experience. I have been lucky enough to play Holland,Italy,Spain and I have been to Norway and Thailand.

This sort of music is universal, that’s the good thing about it”

“Loads of gigs, a lot in the UK, Norway again and hopefully then starting to record the next album.

I am writing tracks at the minute, but I am going to try and record them”
grainneduffy.com
By Mark Dean