The Fall, Gorillaz’ fourth album which received a download only release last Christmas Day, is now to be released in physical formats in April. 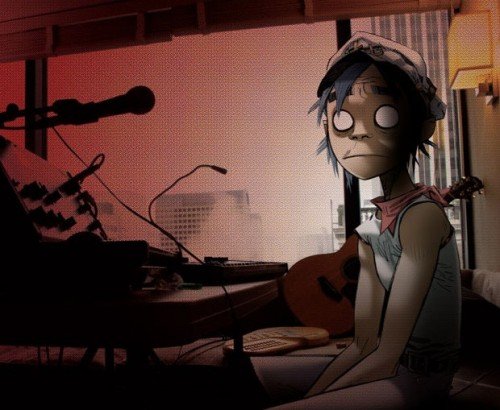 Originally available as a free download to members of Gorillaz’ Sub Division fanclub, the album is now set to be released on 180gm vinyl for Record Store Day on 16th April and on CD and digital download two days later on 18th April.

Speaking about the album the band’s 2D had this to say:

â€œUhmmmâ€¦ The first Gorillaz album, our debut record, was more Russelâ€™sâ€¦likeâ€¦ lots of hip-hop, funk and Cuban dub stars. Demon Days right, came more from Noodle and her dark doomy demos that she made, and all of her contemplations on the world â€˜in a place of nightâ€™.

“Plastic Beach came out mainly from Murdocâ€™s head, all of his mucky exploits and global collaborations and legendary mash-ups recorded on the Plastic Beach island in the middle of the ocean. Very rum and pirateyâ€¦

“And this one The Fall, is mostly just meâ€¦something more gentle and justâ€¦wellâ€¦ itâ€™s just me and an iPad really mucking aboutâ€¦ trying out some stuff.

So, right, each album got all of us on it somewhere, but each time itâ€™sâ€¦ more of one of us than the othersâ€¦ Well, thatâ€™s how I see it anyway.â€

As previously reported, the Fall was recorded during the Gorillaz 19 date North American Tour last autumn, and was produced by Gorillaz and Stephen Sedgwick.
mtv.co.uk