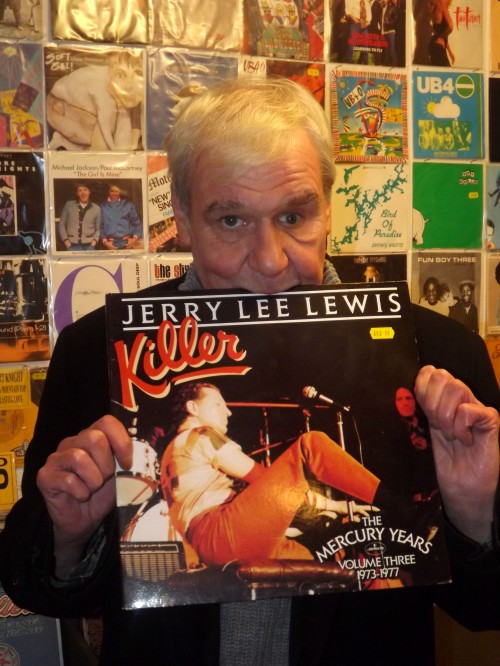 MUSIC expert Terri Hooley has revealed sales of vinyl records continue to be on the increase.

With the news of music giant HMV going into administration Terri said it’s “not surprising”.

He added: “Believe it or not while digital sales increase and CD sales plunging it’s vinyl records that are surging. 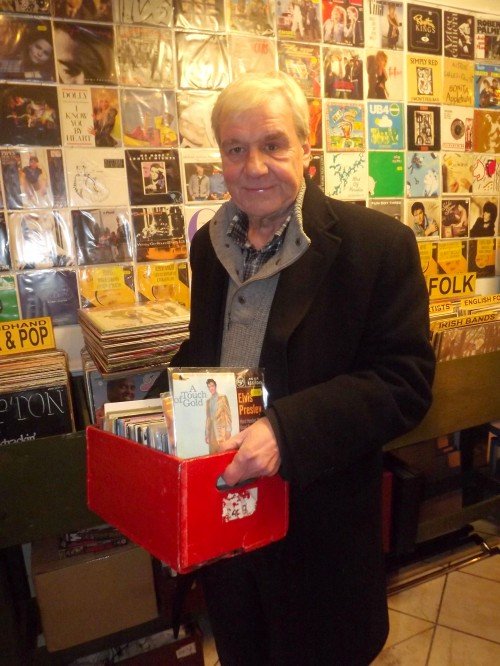 “Real music lovers want something to collect and vinyl is more appealing than CDs. A lot of my vinyl customers aren’t buying to play but to add to a collection.

They have most likely bought the same music digitally or on CD, others buy vinyl because they can’t find the recordings elsewhere.”

And The Nielsen Company and Billboard Music Industry Report backs Terri’s comments up.

Their Nielsen SoundScan statistics reported that vinyl sales were at a record breaking high in the UK and America in the past five years.

The report added: “For the fifth consecutive year, more vinyl albums were purchased than any other year in the history of Nielsen SoundScan 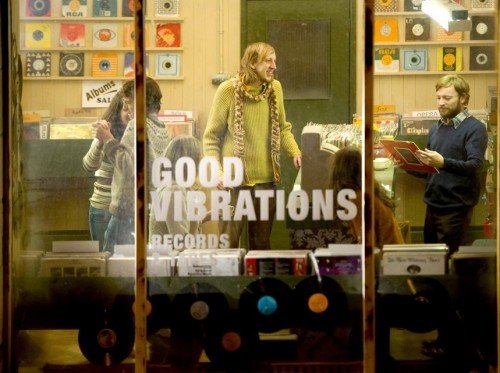 Terri, who’s record shop Good Vibrations moved into Avalon Arts & Crafts Village at Haymarket Arcade in Belfast at the end of last year, also revealed “most” vinyl sales are made in person rather than through online sales sites such as EBay and Amazon.

He added: “Record collectors are like any other collector, they like to hunt for a bargain and find something they don’t have in their collection. They will trawl car boot sales, charity shops and more importantly independent record stores like mine. Vinyl buyers also tend to be loyal customers who will come back time and time again.”

Meanwhile the Nielsen SoundScan report said: “67 per cent of all vinyl albums were purchased at an independent music store during 2012”, adding: “Though vinyl sales are definitely a niche, there’s a strong positive value in having an area of growing sales that encourages creative packaging and connoisseurship.

“Most are being sold at indie retailers, with a heavy lean towards rock.”
The Official Charts Company also confirmed a rise in vinyl sales claiming: “Vinyl sales grew for the fifth successive year with a total of 389,000 LPs sold during 2012 – an increase of 15.3% over 2011’s sales of 337,000.”

Teri said the rise in vinyl sales are even encouraging local bands to release their music on the medium to increase sales and maximise interaction with fans.

“Local bands from Duke Special and The Defects to Snow Patrol, War Iron, Slomatics and Hardcase are all producing their music on vinyl as well as on standard CD and releasing digitally” said Terri.

“It’s another form of merchandising as fans who buy vinyl will also most likely buy another medium too whether through iTunes or on CD at a retailer or a gig.

By adding another form of merchandising the bands can maximise their earning potential in a economic climate that sees people be more discerning about their music buys.”
By Tina Calder/ Photos by Fabrizio Belluschi ©FAMEMAGAZINE.co.uk