For the FIRST time ever in Belfast, Brendan O Carroll and the cast of GOOD MOURNING MRS BROWN will be bringing the BAFTA nominated show to the Odyssey Arena for THREE nights only. This will be an intimate, theatre style, limited capacity show. 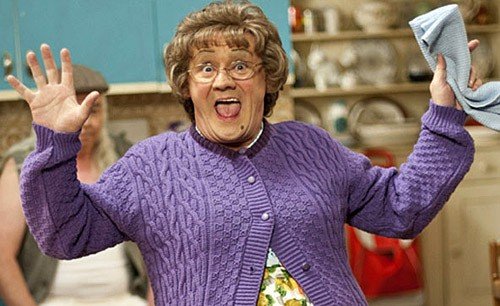 GOOD MOURNING MRS BROWN is currently enjoying a three weeks sold-out run at Dublin’s Olympia Theatre and this will be swiftly followed by 23 sold-out shows across the UK, with more dates being booked well into 2012.

Between the UK & Irish tour GOOD MOURNING MRS BROWN has sold over a quarter of a million tickets and the BBC and RTE Television show, Mrs Brown’s Boys has recently been nominated for a prestigious BAFTA Award, in the category of Best Situation Comedy.

The enormously popular sitcom was broadcast on BBC Television for 6 weeks attracting a staggering 3.1 million viewers across the UK for its final episode broadcast on Monday 4 April.

GOOD MOURNING MRS BROWN was written by and stars Brendan O’Carroll as Agnes Brown. Full of feisty Irish humour and all your favourite characters and more, this show is sure to be a real treat.