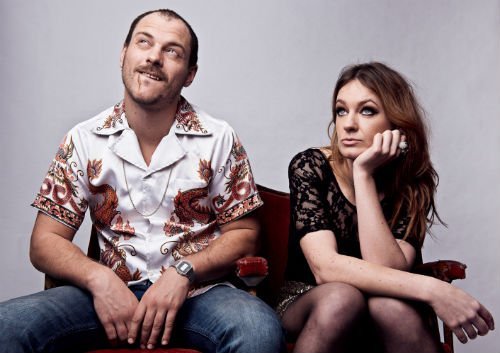 Antipodean duo Goldie Thorn – The Rev Thorn (bass, sampler, synth, vox) + Gold&Chain (drums, percussion, vox) – released their banging single ‘Down Town Time’ at the close of 2014, giving fans an synth soaked 80s tinged workout for their speakers. They’re spending early 2015 on the road touring Australia and New Zealand. We managed to catch up with them for a quick chat in between shows.

Hello how are you?

For FAME readers who haven’t heard you before how would you describe your sound?

The Rev Thorn: My biggest influence was definitely the Avalanches. I was lucky enough to buy my first Akai s2000 sampler from one the guys in the band, and I think learned everything about sampling from trying to mimic their style. There was so much attention to detail and melody, unlike anything I had ever heard, and they rocked live. I also played bass in a Serge Gainsbourg cover band for while, it was probably most bass I’ve played by one artist. All the Melodies where always in grained 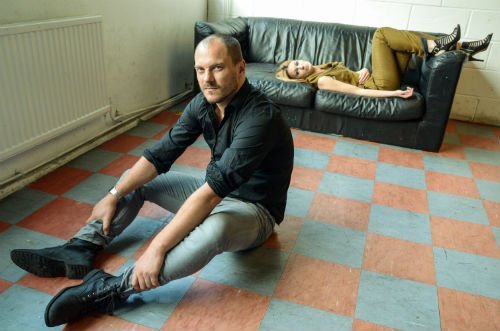 Where did your name come from?

We both DJed on our own, before we came together as a band, and our DJ monikers were ‘Gold&Chain’ and ‘The Rev Thorn’. We smooshed them together and got Goldie Thorn

How did you get together?

We both moved over to London from Melbourne, Australia together in 2011, and missed playing music. We’d both playing in various different bands for 10+ years before arriving in London, and started making tracks together initially out of convenience… then discovered we really liked creating together.

You have released the single ‘Down Town Time’ in 2014. Can we expect an EP this year?

Yup! Our EP ‘Canal Life’ is coming out in March, and it’ll be our first release on vinyl! We’ve always wanted to press a vinyl, so this is a big deal for us!

How would you describe your songwriting process?

Goldie starts out by programming the drums, which form the backbone of the track, then laying down some rough hooks, usually on the synth. Sometime’s she’ll lay down some vocal ideas at this point as well, then hands it over to the Rev where the structure gets refined, and he adds samples, extra synth parts and puts the ‘production’ hat on to polish everything up.

The Rev says Kylie Minogue (and I don’t think he’s being tongue in cheek) or Hercules and Love Affairs, Goldie says Peaches.

What can fans expect from a live show?

Tripped out visuals, live bass and electronic drums and a bit of Stevie-Nicks-esque dancing.

We’re doing a whirlwind tour back to Australia and New Zealand later this month, then back to put the finishing touches on the EP. We’ll plan lots of UK shows over the summer, and we’d love to round out the year with a trip to the States.