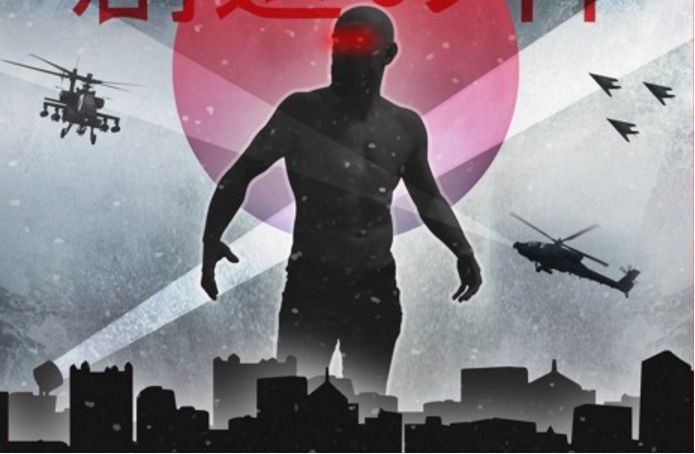 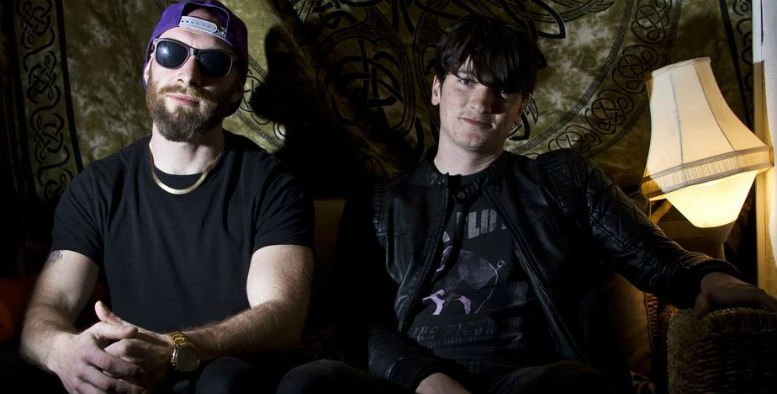 ‘Godzillah’ – released on Slap In The Face Records – is the first solid result from the collaboration between Dublin-based, God Creative (aka lyricist, artist and MC Darren Dwyer) and Crimes Against (aka Dan Doherty, formerly of Dublin bands Ghost Estates & Sickboy).

The stimulating hip hop duo, are currently working on their debut album ‘Everything Not Saved Will Be Lost’, at Doherty’s studio, Darklands Audio.

Can you tell us 10! things we should really know about Crimes Against and God Creative?

God Creative will appear in Irish Gangster movie Cardboard Gangsters this year. The film will also feature Godzillah and the original score is being written by Crimes Against.

Crimes Against has been playing in bands since the age of 16, 1st as drummer in indie punk 3 piece Sickboy and secondly as singer and multi instrumentalist in rock electronic 5 piece Ghost Estates.

When we combine, we form into some sort of Hip Hop Megazord that easily defeats baddies.

We plan on our music going European and flying the flag for Dublin City.

We pack a fuck load of energy into our music, so beware, you’ll most likely decapitate yourself from constant head nodding.

We inspire each other, so therefor the our progress is Infinite!

We will most likely be cloned at some stage of our careers. Or maybe we already have been.

What’s the idea behind your debut single ‘Godzillah’

CA: Production wise it was designed as a quick simple sonic assault! It started life on my mpc 500 on a train to a job I hated! I think God C matched that dirty angry beat with a vicious flow!

GC: Godzillah is a small slice of lyrical mayhem combined with an industrial surge of drum and keys that reflects our forthcoming. The title represents a large unknown entity that just appeared in the city, for better or worse. I describe my flow as a weaving onslaught and really wanted to paint lyrical chaos on Crimes Against’s canvas. 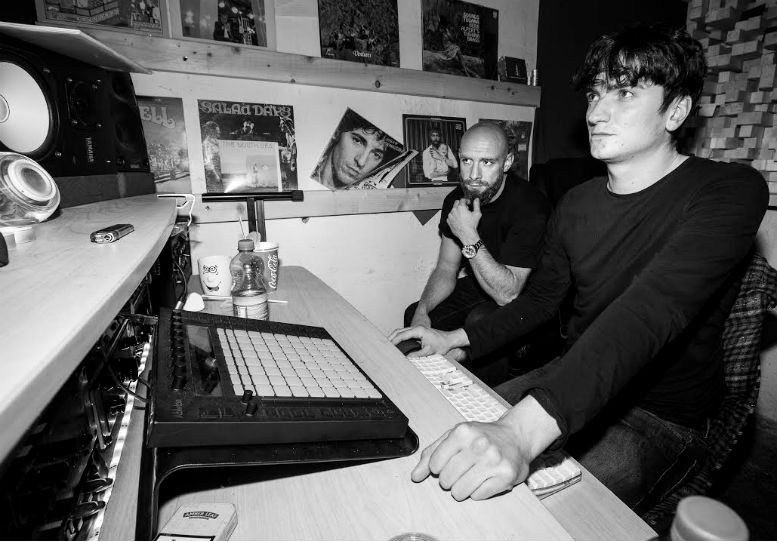 What are your influences whilst writing the forthcoming album?

CA: When we started making the record together I was using a more old school production techniques, sampling hooks off old records and building tracks around those hooks but as we progressed I started to go back to just playing synths, live bass and trying to just work from scratch with my own melody and ideas, we’ll still have some samples in there but for the most part we don’t. I would say the Run The Jewels 2 album was definitely very inspiring and on my mind as we got further into it the vocals have on that record have so much intensity and El-P’s production is amazing as always.

GC: Strangely enough, no current hip hop or rap music tends to influence my work too much. I find myself too busy to sit down and listen to music the way I used to. I’m really liking what Run The Jewels are doing right now and creative guys like Action Bronson, Bones, Asap Mobb and the likes. Groovy stuff tends to influence me the most so I think it’s safe to say I just want to achieve a tidy groovy piece of timeless work that I can look listen to and say, I wrote that.

How’s the Irish hip-hop music scene like in Dublin these days?

CA: I think its really healthy and getting better and more respect with every release. I think its taken the Irish public a while to warm up to the idea of Irish Hip Hop but they’re slowly falling under the spell! The new Raptor and Alan Newman record is great and one of the best Irish hip hop records I’ve heard, Lethal Dialect is always pushing himself and I’m excited to see what he does next. I’ve also had the pleasure of working with Linco and Rebel Phoenix recently both great MC’s and ones to watch out for.

GC: Growing. It’s getting hot out here, I predict the scene will explode in the next couple of years. I see a lot of young talent stepping up and delivering quality whilst the pioneers that have been grinding from the beginning are starting to use strategies and business formulas now to successfully start marketing themselves and make a decent living. Irish hip-hop has finally found it’s true identity after years of abuse from the general public who viewed it as not an art form but a cheap imitation of another culture but finally, the next wave came through and abolished that stigma by believing in their own people’s talent and skills. Long live Irish Hip Hop.

GC: Logically, Justin Bieber. Get me on one of those bangers now!

GC: Yes, it’s all about live performances for hip hop acts, that’s the bread and butter, nobody really buys CDs anymore so you can expect a lot of shows from us with tins of good vibes and energy. We are playing The Chocolate Factory on the 26th of March as we promo some of our unheard work along with other artists such as 5th Element, Costello, Mud Coloured Carpet, and my side project I emcee in “full band” called Soundwave Legacy will also be playing that night. Soundwave legacy also has 2 dates on Damien Dempsey’s tour on the 6th of April in Mandela Hall in Belfast and Drogheda on the 7th. Expect a show because God Creative always delivers!

CA: Next out is a single not sure when and what one

GC: Finishing the album of course, putting out a great special edition packed with cool stuff like our very own comic book, 6″ statues, T-shirts and of course the LP & cd with it’s own unique artwork prints. We have recently got a lot of out music into a big Irish feature film set to premier in May/June, so hopefully we continue that trend in getting our music into film. On to setting up festivals, supports and shows, from there we will see what the future holds.