GAME customers will have the option to ‘go large’ with their DS console from the 5th March 2010 when Nintendo’s DSi XL is due to hit the shelves. Available in two colours – wine red and dark brown – the new DSi XL features two 4.2-inch screens, with are therefore 93% bigger than those on the original DSi.

One of the benefits of larger screens is larger game graphics, which make the DSi XL much easier to watch and use. Coupled with its larger pen-like stylus, the DSi XL makes handheld gaming much more comfortable and natural. 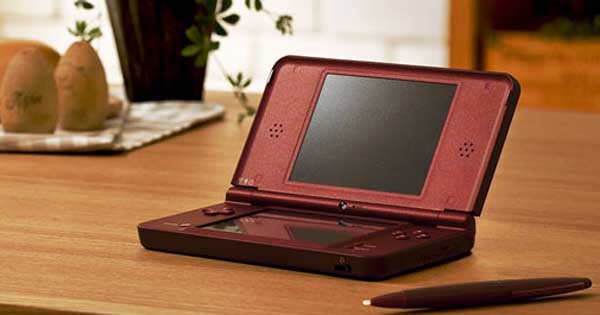 With larger screens and a larger stylus, the DSi XL is expected to appeal to older generations who may be new to gaming. The new screens’ much wider viewing angle is also expected to be welcomed by families who will more
easily be able to share games and applications like the popular interactive books in the Flips range.

The DSi XL comes pre-loaded with some of Nintendo’s top DS software including ‘A Little Bit of… Dr Kawashima’s Brain Training: Arts Edition’, Dictionary 6 in 1 with Camera Function and the Nintendo DSi Browser, which enables easy access to the Internet from anywhere with a Wi-Fi connection.

In addition to these new features, the DSi XL has all the capabilities of the original Nintendo DSi, including the ability to create, customise and share photos and to listen to and play music.

Alice in Wonderland on the DS, one of the most hotly anticipated games of the year, coincides with the release of the new Nintendo handheld, with the game also available on March 5th.

Customers can pre-order the new Alice in Wonderland game now, with GAME currently offering Â£15 worth of vouchers (redeemable online) to customers who preorder any three games on their website before the end of February in their 2010 Preorder Power-Up Bonus. All three games must be ordered in one transaction on or before 28th February 2010. Terms and conditions apply.

The Nintendo DSi XL is available to preorder now at GAME.co.uk