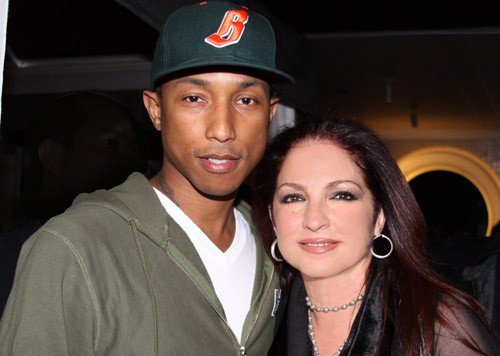 The single is the first to be taken from her uplifting new album Miss Little Havana her first English-language album since 2004’s Unwrapped.

Neptunes mega-producer Pharrell Williams has worked with everyone from Madonna to Jay-Z, Justin Timberlake and Gwen Stefani.

He has produced and is co-writer of Gloria’s new album Miss Little Havana – due later this year. The album is a high energy and dance orientated masterpiece akin to the sound of her early sound of Miami Sound Machine.

“I think we’ve got no sex, but a new baby between Pharrell and I”, joked Estefan. “And I am really excited for it to come out! It’s truly been a magical experience and a wonderfully natural process.”
GloriaEstefan.com