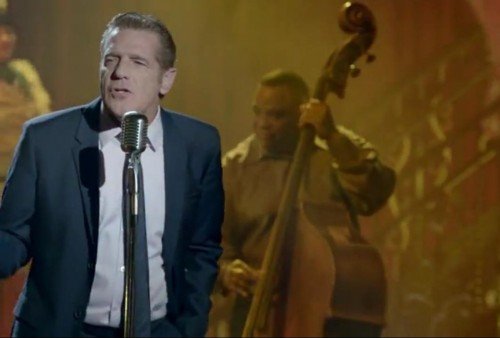 2012—Six-time Grammy Award winner and founding member of The Eagles, Glenn Frey will release ‘After Hours’, a collection of classic love songs from the 40’s to the present, on June 25th on Polydor Records.

His first album since 1995 is a total departure taking him in a whole new direction: “It was a new adventure for me as a vocalist to see if I could indeed learn, own and deliver these songs.
And I’m so happy I took the challenge, once I got started it seemed like these songs had been waiting for me to sing them, and I feel like since I’ve done this record I’m a better singer than I was before I started. It’s a different style of singing,” said Frey.

After Hours is a dedication to Frey’s parents to celebrate the songs and love of music they instilled in him at a young age.

Some of Frey’s earliest memories take place in his grandmother’s kitchen, watching his mother iron and sing along with the radio. The romance of that memory weaves itself into each track of After Hours.

“It’s been great to spend the last two and a half years living with these amazing songs. I’ve enjoyed working with these talented musicians and finally seeing how it all fit together. It’s been an incredible experience,” said Frey.
GLENN FREY ‘AFTER HOURS’
RELEASED ON 25th JUNE ON POLYDOR RECORDS