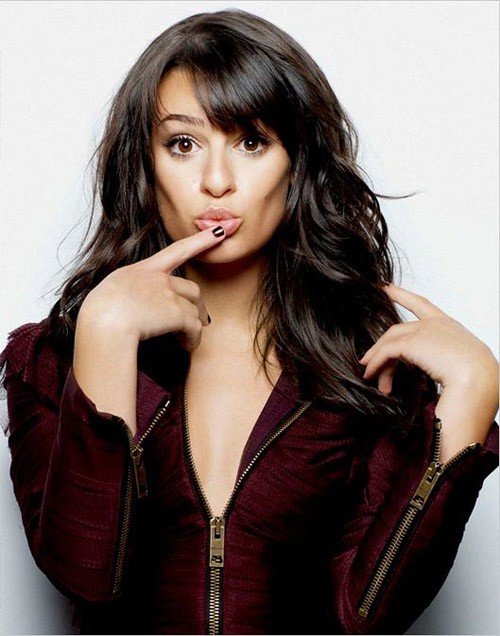 TV Buzz Magazine from The SUN on Saturday was lucky enough to have a one on one with Glee’s most esteemed leading lady, Lea Michele.

She plays Rachel Berry – a fiercely ambitious wannabe diva; but Lea explains she can relate to her alter ego: “Rachel is someone who doesn’t follow what people think is cool in high school – she stays true to who she is.”

She says: “I never let people influence me negatively either; I always stand by what I believe in.”

Lea has been bullied in the past for her looks and was also the subject of jibes about her nose.

But the Hollywood actress won’t change for anyone, she says: “This is who I am – I eat what I want to eat. I was lucky to be raised by some incredible women in my family who taught me to love the body I was given.” 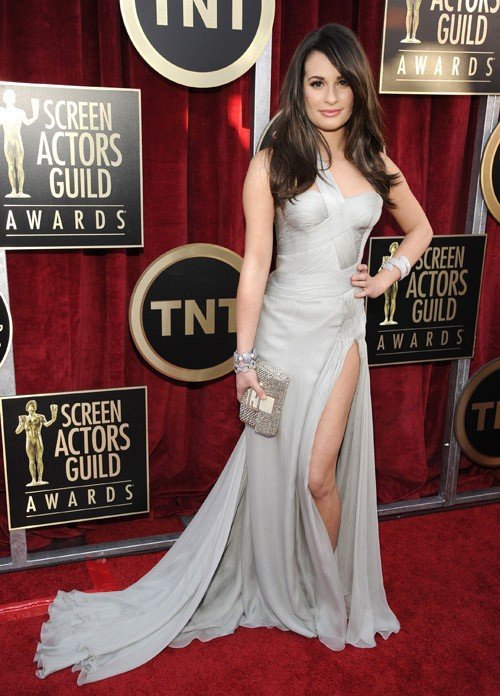 She says: “Honestly, I can’t tell you the last time I worked out.” We’re a little jealous!

Lea hopes to inspire young girls to follow their own dreams, she reveals to TV buzz: “I feel like I’m a good role model because I don’t look like everyone else,”

She says: “I’ve always been fairly confident, but I really think I’ve never felt more beautiful than when I’m on Glee. It delivers such an amazing message, and it’s really encouraged me to accept my true beauty.”

She shares with TV buzz, “I really love working with Cory. We’ve done so many emotional scenes together – even standing up and singing in front of each other makes you feel vulnerable – so we’re used to it.”

The 25 year old actress began her career landing roles in numerous musicals on Broadway, before staring in an award-winning musical TV series.

She explains to TV buzz: “My life has changed – I’d be lying if I said it hadn’t.”

She says, “I just feel so lucky to be on such a fantastic show and to be playing such a great character. But it’s also really important to me to keep up with my family life and my private time – that’s what helps me feel grounded. You don’t have to be out dancing on top of tables at bars.”

We couldn’t agree more! When asked about her future, all Lea says is “I honestly don’t know when life after Glee is going to be, so I’m just focusing on life in Glee at the moment.”
We love her attitude!
Photo©The Sun TV buzz
facebook.com/TVbuzzmag
facebook.com/leamichele