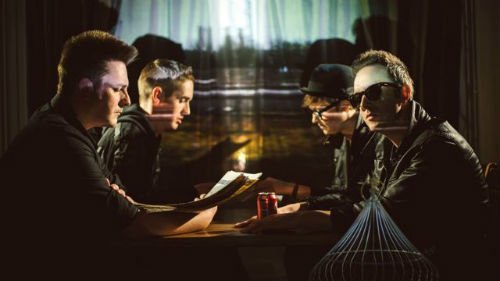 Glasvegas unveil the video for ‘Later…When The TV Turns To Static’, the title track from the band’s splendid album (out now).

Lead singer and lyricist James Allan explains: “The idea for the video was quite a simple one; me and my sister Denise worked on it; where we just set up the amps in the living room and played. The video is interrupted by another little dimension. I like the simplicity and dreamy nature to it.”

The album was recorded in their hometown of Glasgow at Gorbals Studio with singer and songwriter James Allan in the producer’s chair.

A special edition of the album, the ‘Almanac’ is available featuring a DVD of the band’s acoustic concert at Glasgow’s Adelaide Church + a 52 page booklet containing exclusive photographs of the band and other unique content. The Almanac is available to buy now from Amazon.