Glasvegas, this years nominees for â€˜Best New Actâ€™ in the 2008 Q Awards, and winners of the 2008 NME ‘Philip Hall Radar Award’ for most promising new band, will be gracing the stage at the Spring & Airbrake for their debut performance on Monday 15th December.
Senseless murders? Family breakdown? The pressure to conform to macho stereotypes? Just some of the things lead singer / guitarist and songwriter James Allan tackles, backed up by Paul Donoguhe (bass), Rab Allan (Guitar), Caroline Mckay (drums) and their thundering wall of sound. 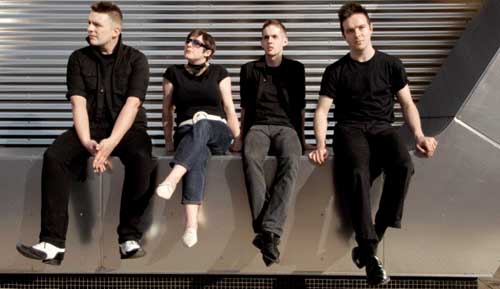 Well-versed in rockâ€™s rich history, Glasvegas marry classic 50â€™s songwriting with the sinister fuzz of Suicide and the Velvets. Yet these are songs that could only ever have come from spending the last two decades in Glasgowâ€™s notorious east end. 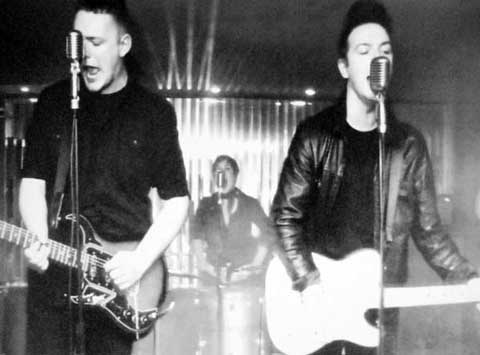 Yet Glasvegas have done more than just pick up guitars. For these are songs that bare emotions, expose a fragility, dare to tell the truth about the human condition. So whilst tracks like â€˜Iâ€™m Gonna Get Stabbedâ€™ paint a gritty portrait of their hometown (which thrilled inmates on their recent tour of UK high security prisons), elsewhere itâ€™s a different story. Take forthcoming single â€˜Daddyâ€™s Goneâ€™, which spells out the pain caused by an absent father. â€œAll I wanted was a kick about in the park/For you to race me home when it was nearly getting dark,â€ sings James, over Spector-esque drum thuds. Itâ€™s utterly heartbreaking, as is the flip side â€˜Flowers & Football Topsâ€™, inspired by a mother who lost a son in a murder that shocked the city. Each one is a stone-cold classic, soulfully wrapped in Jamesâ€™ thick Glaswegian accent.

â€œI hear the Glaswegian accent and to me itâ€™s got the same romance to it that I hear in the characters in The Godfather or Raging Bull,â€ he says. â€œBut a lot of people from here donâ€™t always think that. We were brought up to hide it, people arenâ€™t proud of it. I want kids from the east end to realise that itâ€™s ok to sing like this.â€

They already are, as the buzz around Glasvegas grows. Their devoted fanbase has ensured that every hometown gig this year has sold out, whilst copies of their first release â€˜Go Square Goâ€™ were devoured within a day of release. They have already toured with Dirty Pretty Things & The Charlatans, and Ian Brown personally invited them to support him on his October tour after being handed a demo of â€˜Daddyâ€™s Gone.â€™
glasvegas.net
myspace.com/glasvegas
GLASVEGAS
MONDAY 15th DECEMBER 2008
SPRING & AIRBRAKE
Doors 9pm Tickets: Â£10.00
Tickets go on sale on Wednesday 10th September from Katy Dalyâ€™s, Zavvi & all usual Ticketmaster outlets. Credit card bookings & info: 0870 2434455 or book online at geturticket.com / ticketmaster.ie