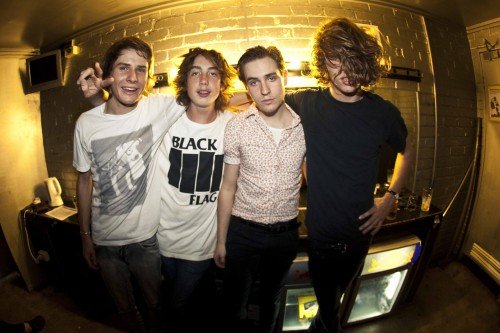 Australian indie band Glass Towers made a splash not too long ago with their ‘What we were, when we were’ EP in 2011.

Since then their star has risen even higher and now they are back with its follow up ‘Collarbone Jungle'(out now via Hub).

These releases are perfect representations of what this talented young band have to offer music fans across the globe and of course act as a nice for just what a full blown album may hold for us all.

We caught up Glass Towers’ frontman Benjamin Hannam, recently to learn more about them and the music they purvey.

So Ben first up where did the band name come from?

Unfortunately there’s no story behind our name, I wish there was something interesting to say here. “Glass Towers” was just something I randomly came up with out of necessity.

While we are on the subject of starting out. Can you give our readers an insight into how Glass Towers formed?

Glass Towers started out as a solo project of mine in high school. I was recording a lot of demos in my bedroom and needed a band to bring those songs to a live setting, we all went to the same high school and attended the same music class so it all fell into place really easily. Sam (guitar) and I were already good friends and I’d been in the same schools as Cameron (bass) and Daniel (drums) since I was 6.

Wonderful, its always nice to hear how bands got together. Can you give us an idea of who (musically) inspires the band?

Well this is a cliché answer but there are just way too many musicians that inspire us to list here. But conceptually our first two EP’s and our upcoming album are all based around my own thoughts and adventures at the age of 17 and 18, when I was younger and wilder.

Your first EP (What we are, when we are) was very well received. What did those rave reviews feel like when they started coming in?

It was pretty surreal especially since we were still only about 18 around the time that EP was released. We supported a lot of great artists and have some very fond memories of that whole period. 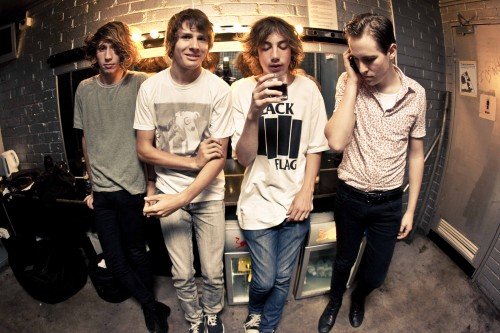 What can we expect from this new EP ‘Collarbone Jungle’

Compared to our first EP I think the song writing on ‘Collarbone Jungle’ is a lot more mature and I feel as though we’ve reached the kind of ‘sound’ that we’ve always been striving to achieve.

Can we assume an album is something you are building up to. If so have you any material already prepared for it?

We started recording it in March 2012 and finished it in February of this year so it was a pretty long process. It took so long to record because we were touring a lot last year and because I tend to get pretty OCD in the studio and so everything has to be perfect.

We recorded it with Jean Paul Fung (JP) who recently recorded the album of another Australian band called Last Dinosaurs. JP is in my humble opinion one of the best Producer/Engineers in Australia and easily the most exciting Producer in Australia at the moment. He was the perfect guy for the job.

We hear you will be promoting the new EP here in the UK later this month. What can UK fans expect from a live set by Glass Towers?

A lot of on stage energy fueled by spiced rum and our constant lust for life.

Have you played the UK before?

No but we’re so excited to be heading to the motherland! We finish an Australian tour with The Kooks on the 11th of May then we’re literally jumping on a plane to Heathrow the next day and then we play our first London show only four hours after we land – so hopefully our flight isn’t delayed!

We’re also heading to Japan to meet our Japanese record label for the first time and play some shows. We were supposed to play SXSW and tour the US this year in March but a couple of weeks before we were due to fly out one of us had to have a knee operation so we had to cancel.

What is the indie music scene like in Australia. Was it easy enough for you as band to get live gigs and build a fan base?

The music scene over here is booming, especially in Brisbane and Melbourne. It’s not as strong as it used to be in Sydney because a lot of venues are closing down but I think that in turn brings the Sydney music community a lot closer.

What does the rest of 2013 hold for Glass Towers. Have you any tours or festival appearances lined up?

Our debut album is coming out in Australia, New Zealand and Japan this July (it will be a little later for the UK) and we’ll be doing a lot of touring this year. It’s heading into Winter in Australia right now so we can’t wait to make it through the cold part of the year and into the Summer festival months ahead!

Finally where would you like to see yourselves in five years time?

Doing exactly what we’re doing right now but on a higher level and not having gotten sick of each over!

Glass Towers are at Cargo, London on Sunday 12th May before heading to Brighton’s The Great Escape.