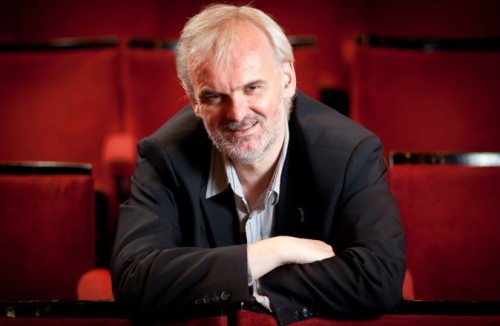 The hugely popular Give My Head Peace live show is back on the road again and as the gang warm up for their Grand Opera House, Belfast show from May 8th-May 12th 2012, Fame grabbed as few minutes with comedian/writer Tim McGarry to chat about the show and much more.

Hi Tim, can you tell our readers what they can expect form this Give My Head Peace Live show?

Tim: A damn good laugh! Uncle Andy is carrying the Olympic torch and trying to raise money for Glasgow Rangers, we do a 2 minute version of James Cameron’s Titanic, Cal takes up golf to try and be like Rory McIlroy and Ma and Da get married again.

And Paddy Jenkins who plays Pastor Begbie does a superb version of Alex Higgins. 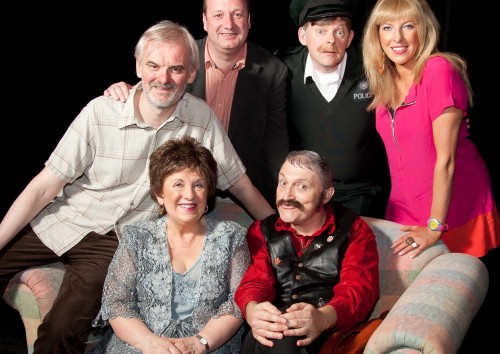 Do you enjoy playing the characters?

It’s been great fun playing Da again. We’ve had virtually full houses and a great reaction to the tour so far and that makes things a lot easier.

So has it got easier to write for the characters as time has gone on?

Yes, we know the characters so well that it’s easy to write the jokes, the hard bit is coming up with a good plot and storyline for all of them.

Would you say that any of you have the personality traits of your characters?

Not really – it’s all down to our superb acting! Although Damon Quinn who plays Cal can be a bit dopey sometimes and I do suffer from occasional delusions of greatness.

Olivia Nash is superb as Ma but she has to work hard to be horrible to me on stage.

Can you give us a brief insight into how you write the shows?

Damon (Cal), Michael ( Billy the Peeler) and I do all the writing. There’s a lot of sitting around in a room avoiding work before we eventually try to work out a good story.

We always try to be as topical as possible so the show is very up to date. It takes a few weeks to write the full 2 hour show.

Do you enjoy your stand-up shows more than performing as part of the ensemble?

I’m really enjoying doing stand-up and I do a turn in this show. So I have the best of both worlds Da and stand-up.

Will we be seeing any more TV series?

Sadly it looks like the BBC have no immediate plans to do more GMHP on telly. I do get stopped every day by members of the public and asked when we’re back on.

We haven’t been on telly for a few years but the public still seem to love the characters. So if you want to see them you have to see them live!

What’s next for the cast (once the tour is over), have you any projects in the works?

We have been working on a number of dramas- we wrote and produced Titanic Inquiry for BBCNI and we are working on a few good projects.

Tim can you briefly explain how the group got together?

Damon, Michaal and I met at Queens where we were all studying law. It was a long time ago but I still can’t get rid of the two of them.

Finally Tim how would Da try to sell the show to us?

Da would say ” In these times of double dip recession we all need cheered up! Come to Give My Head Peace live the funniest show outside of Stormont.

Laughs are guaranteed. Honestly it’s so good it’s worth spending your DLA on it.”