New Kids on the Block (NKOTB) have reformed and have just announced two Irish concert dates in January 2009. The band will play The Odyssey Arena, Belfast on 20 January and The O2, Dublin on 21 January, 2009.New Kids On The Block — Jordan Knight, Jonathan Knight, Joey McIntyre, Donnie Wahlberg and Danny Wood are back together for the very first time in nearly a decade and have had great reviews in the US for their new album â€œThe Blockâ€ featuring their new single â€œSummertimeâ€. 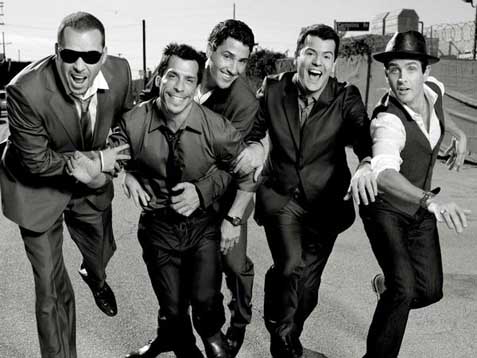 The brand new New Kids album was really sparked when Wahlberg was in New York for a costume fitting for the upcoming film Righteous Kill that finds him living out another life-long dream by acting in a film alongside two of his greatest heroes, Robert DeNiro and Al Pacino as well as 50 Cent. 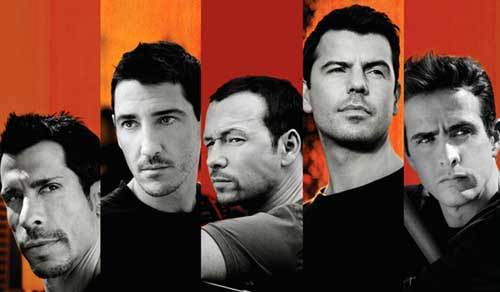 Finding himself around the block, Wahlberg visited the office of his longtime entertainment lawyer, Jaimie Roberts, who handed him a demo tape of a young singer-songwriter name Nazaree. Since the days of New Kids — and his time producing hits in the early Nineties for his brother Mark as Markey Mark and The Funky Bunch â€“ Wahlberg has been handed a mountain of demos in his time and he took the offering with absolutely no expectations.

In the months that followed, Wahlberg and the other Kids would collaborate closely with Nazaree, who turned out to be a New Kids fan since childhood, as well as other gifted producers and writers including Bryan-Michael Cox, Emanuel Kiriakou, RedOne and Fernando on an new album that blends the melodic soul of vintage New Kids with a decidedly contemporary, hip hop feel.

In the late Eighties and early Nineties, New Kids on the Block became a phenomenon, selling over 80 million albums â€“ including the back-to-back international number one efforts, 1988â€™s Hanginâ€™ Tough and 1990â€™s Step By Step — and a series of crossover smash R&B, pop hits like â€œYou Got It (The Right Stuff),â€ â€œCover Girl,â€ â€œDidnâ€™t I (Blow Your Mind This Time),â€ â€œHanginâ€™ Tough,â€ â€œIâ€™ll Be Loving You,â€ â€œStep By Stepâ€ and â€œTonightâ€ — as well as countless number of concert tickets, t-shirts and even lunchboxes to primarily female kids around the world.Â  Then under the guidance of producer Maurice Starr who had previously brought the world New Edition, the New Kids made a tremendous impact on the culture very quickly

So what will a New Kids On The Block concert look like in 2008?

â€œWeâ€™re still young, weâ€™re still hot,â€ Joey McIntryre answers with a laugh. â€œOur fans are between 25 and 35 now because they were really young then. Theyâ€™re still very attractive — and very legal. So itâ€™s going to be a girls night out. I know my wifeâ€™s going to be there every step of the way, but itâ€™s still going to be fun.â€

The wait has been a long one, but it wonâ€™t be much longer now. To see this Iconic band live they will be appearing at the following venues on the following dates