Rumours: Sexy pop group Girls Aloud will make a comeback ahead of their 10th anniversary in 2012. 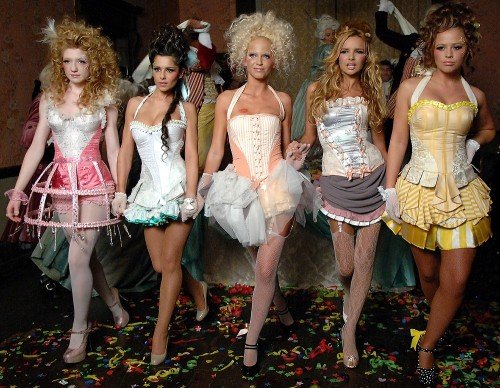 A source close to the told the Daily Star newspaper: “Early next year is pencilled in for the reunion tour. It’s going to be absolutely massive.

“Cheryl could be a US superstar by then if her appearance on American ‘X Factor’ goes according to plan this autumn, so they want to capitalise on that.

Sarah said: “All the girls will be at the hen night and, of course, the wedding. I really wish everyone would stop saying we don’t get on.”

Cheryl has previously said of the group’s plans to continue: “We did sign a three album record deal just before we all did our own thing. There are three albums just sitting there waiting to do – it just hasn’t been put into place yet.”