30 Seconds to Mars – Belsonic, Custom House Square, Belfast 16/08/11
I saw 30 Seconds to Mars live for the first time this week. They are undoubtedly one of my favourite bands, and seeing them at Belsonic confirmed why. It was their first time playing in Belfast and from what Jared Leto said, it certainly won’t be their last. 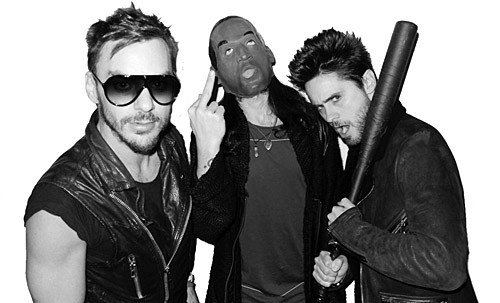 When 30 Seconds bounded onto stage with A Beautiful Lie the whole audience, including myself, went into uproar and didn’t stop for the rest of the hour and a half performance.
Along with brother Shannon on drums, guitarist Tomo Milicevic and bassist Matt McJunkins they did exactly what the other two bands before couldn’t do and brought the audience as a whole into their performance.

Jared even pulled fans onto stage for a chat and joked with the people on the balconies in the flats beside the stage. He also made himself honorary Irish because apparently we are “F**kin’ Crazy”. 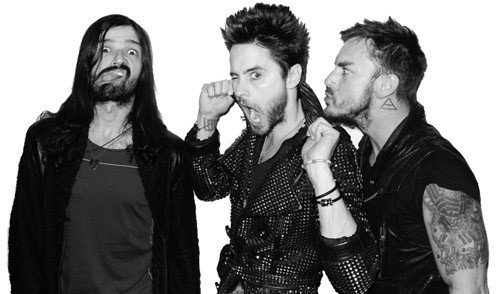 Throughout their set, including Attack, Search and Destroy and This is War, we in the audience were jumping along to every beat, and let me tell you, for someone as small as me to be surrounded by so many tall people and in the middle of all that energy was quite something.
Then he was left alone on stage to do an acoustic performance of Hurricane, Alibi and The Kill, which all I can say was beautiful. The audience at this point threatened to do exactly what Jared asked and sang nearly loud enough to be heard in Dublin.

The band then rejoined on stage for The Hunter (a Bjork cover) and Closer to The Edge, and by this time the
audience were just randomly pulling people onto their shoulders, me included.

The last part of their set was a musical mix of Pantera’s Cowboys from Hell and Nirvana’s Smells Like Teen Spirit before Jared again picked people out of the audience to join him on stage for the anthemic Kings and Queens, while also telling the audience to make a mosh pit.

Everyone was happy to comply with this request of course. Kings and Queens ended the show, which was a disappointment for me because I was hoping to hear them perform From Yesterday but since I will be first in line when they come back I think I will get over it.

If I was to sum up the night in one sentence it would be – Awesome, and that is all.
By Bridgene Nolan ©FAMEmagazine.co.uk