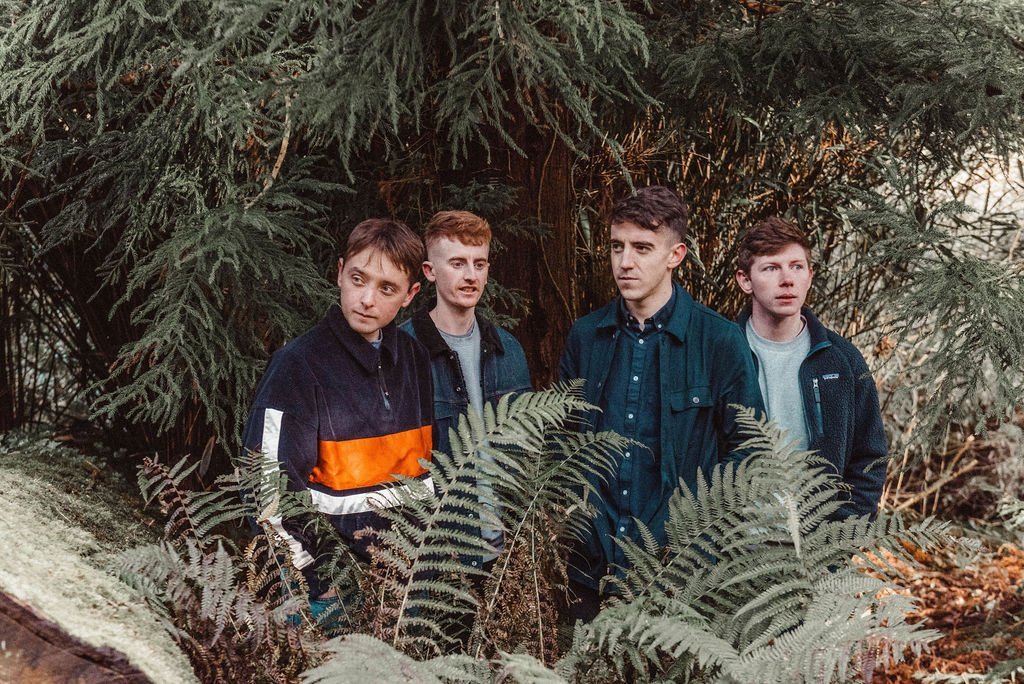 How are you today Lewys Wyn (Yr Eira’s vocals/guitar)? What’s on your mind right now…?

Feeling positive!…This album and Welsh Independence, it’s all I ever think about to be honest.

Tell us everything we should know about the new Album –  Map Meddwl  (out now via I KA CHING).

Recorded in Stiwdio Sain, an iconic studio in rural North Wales that’s produced some of the best ever Welsh Language Records. In summary, it’s a dreampop album full of jangly guitars and melodic harmonies! The title of the album is ‘Map Meddwl’ – this translates to ‘Mind Map’. The essence of the album is therefore like a mind map you used to draw in school, where a bunch of ideas have been thrown together without any real structure. A mind map is a mixture of thoughts and feelings and therefore this album is a mixture of heartbreak, politics, football and Welshness.

Hmm good question, not a house pet as I’m not too fond of affection. I don’t require constant attention and I’m quite independent so maybe a bear!

Non-musical icon: Owain Glyndwr, the last native Welshman to hold the title The Prince of Wales, a liberator that held two fingers up to the British Establishment.

Musical icon: I’m not too sure, I could probably give you a fabricated answer about John Lennon or David Bowie, but to be honest I can’t point out one figure that I’ve looked up to more than others!

Similar to about 99% of those that are the same age as me, it was Favourite Worst Nightmares by Artic Monkeys. I wasn’t much of a trend setter.

All kinds to be honest, from Paul Simon to Clairo! I’m a big fan of The Strokes new album, ‘The New Abnormal;. There’s a good thing going on in the Welsh Language Scene as well – I’m especially fond of Papur Wal, Alffa, Ynys and Thallo. Check em out!

No idea, I tend to just wear what I want without thinking too much. I’m a big fan of fleeces and retro Wales football shirts.

Are there any good films o tv series that you have seen recently?

I’ve recently been hooked to The Last Dance, a documentary on Michael Jordan and the Chicago Bulls. To be honest I wasn’t aware of the franchise and how big of a name Michael Jordan actually was

It’s best to avoid thinking too much about 2020 at the moment but in general, a lot more music making and hopefully returning to the stage at some point!