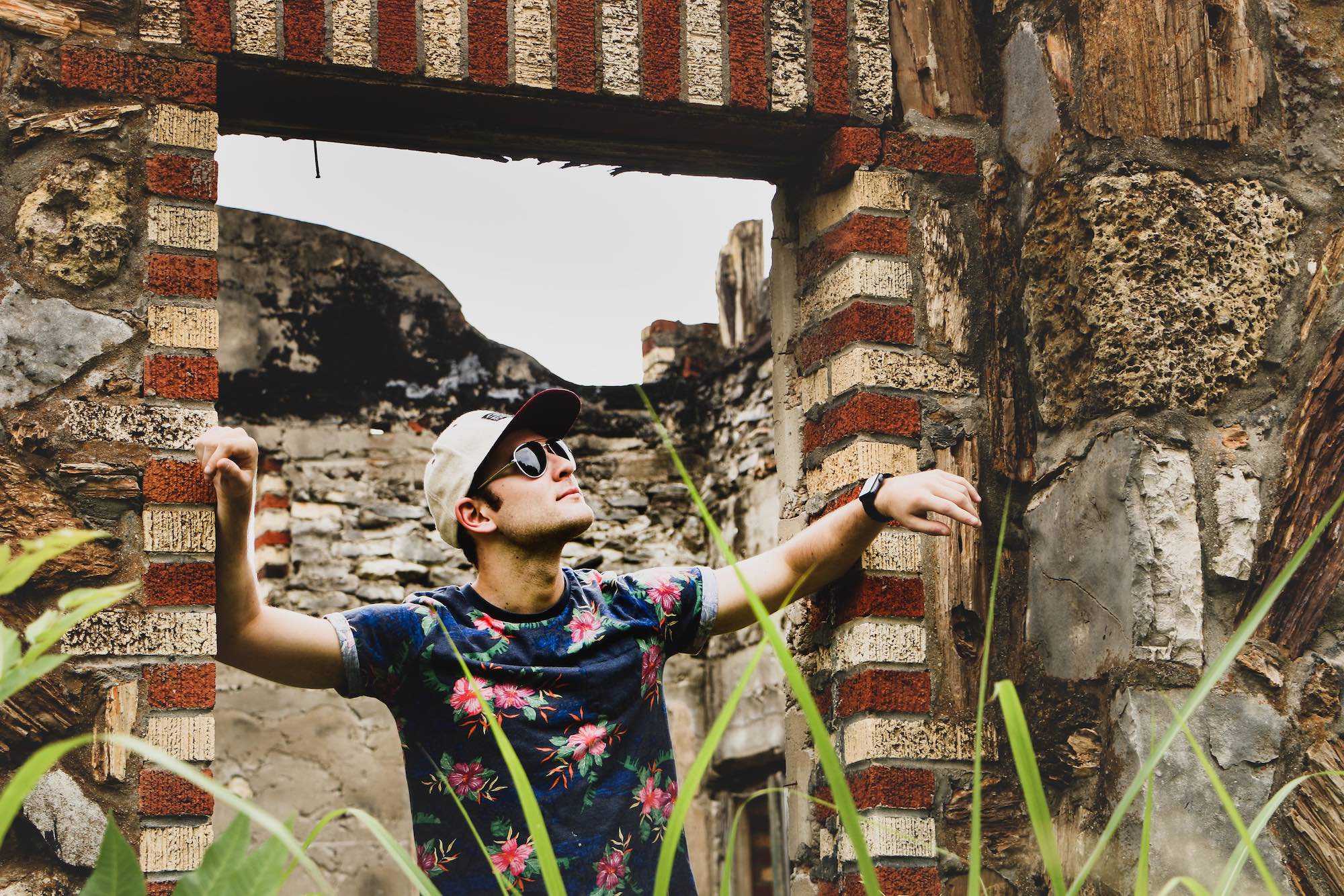 Having already treated us to a bold and vibrant back catalogue of soaring alt-pop gems, which have landed him on numerous Spotify playlists over the years, US singer and songwriter Raymond Revel now returns to his bright and uplifting ways as he shares his latest offering Running From Reality.

Filled with subtle piano playing and a soaring sense of production, Running From Reality is one of the most joyous and enriching releases we have heard so far this year. With his own sweet yet powerful vocals intertwined with its moving atmosphere, he has truly outdone himself on this euphoric return.

So with his new single on repeat for us right now, we sat down with him to find out more about his origins and what first brought him to the world of music.

The first instrument I ever fell in love with was definitely the piano. I started when I was 5 years old – I came home from watching the movie “Finding Neverland” and without ever touching the keys before, I sat down and started plucking away at “Clocks” by Coldplay. Ever since I was young, the piano has been like a second home to me, and I play most of my instrumentation for my tracks via the keys. Currently no other instrument comes in close second to the ivory.

That’s a great question. Currently, I would say that my inspiration is the platform that music offers. I think that music can convey emotion like none other – it can capture happiness, fear, sadness, frustration, and it has the power to single handedly change one’s mood just by listening. It can amplify the high points in life and it can provide healing during the low points. I find it so inspiring that I can provide tunes to my listeners that make them feel things – it fuels me to know that I can benefit someone’s life just by writing music with the raw emotions that I feel.

As I continued to grow, I appreciated the songwriters from previous decades more and more. Billy Joel, James Taylor, Elton John, Sting, truly I could go on for ages talking about what I listen to and my influences!

Honestly, not off the top of my head. I think the first time I realized that music would play such a large role in my life was when I wrote my first song with lyrics – it was titled, “losing a friend” and it was about a dear friend of mine whom I lost at the age of 10. Writing this song healed me in many ways – from that point on I just continued to write and push myself like I hadn’t before.

For me. Morning music = crooner music. Frank Sinatra, Dean Martin, Mel Tormé, all the oldies. It’s so hard not to smile and feel classy when you have a big band to start your day!

Honestly, I just try my best to celebrate the little things. The first time my song Sunrise got put on Spotify’s “Discover Weekly” was a great feeling. The individual messages I’ve received from listeners saying that they have found peace of mind from listening to my tunes really impacts me. It fuels me to make more. I know these aren’t huge things, and they are so small in comparison to the major artists of the world. While I am nowhere near that point, I hope I can look back and always appreciate this time!

I love sports! I play in a few indoor soccer leagues and follow major league sports pretty closely. My NBA team is the Lakers, my EPL team is Arsenal, and my NFL team is the Chiefs. Aside from sports, I love to travel – if I could travel to a new location every week of my life, I think I would!

I would say that one of the most important things is to not put too much pressure on yourself, and to set and celebrate small, attainable goals. Don’t lose sight of the fact that you create music because you love it – it’s way too easy to focus on the numbers and let that get to your head. Also, it’s never too late or too early to get started. Just keep doing what you love and work hard at it – as long as you are diligent then the journey will shape itself!