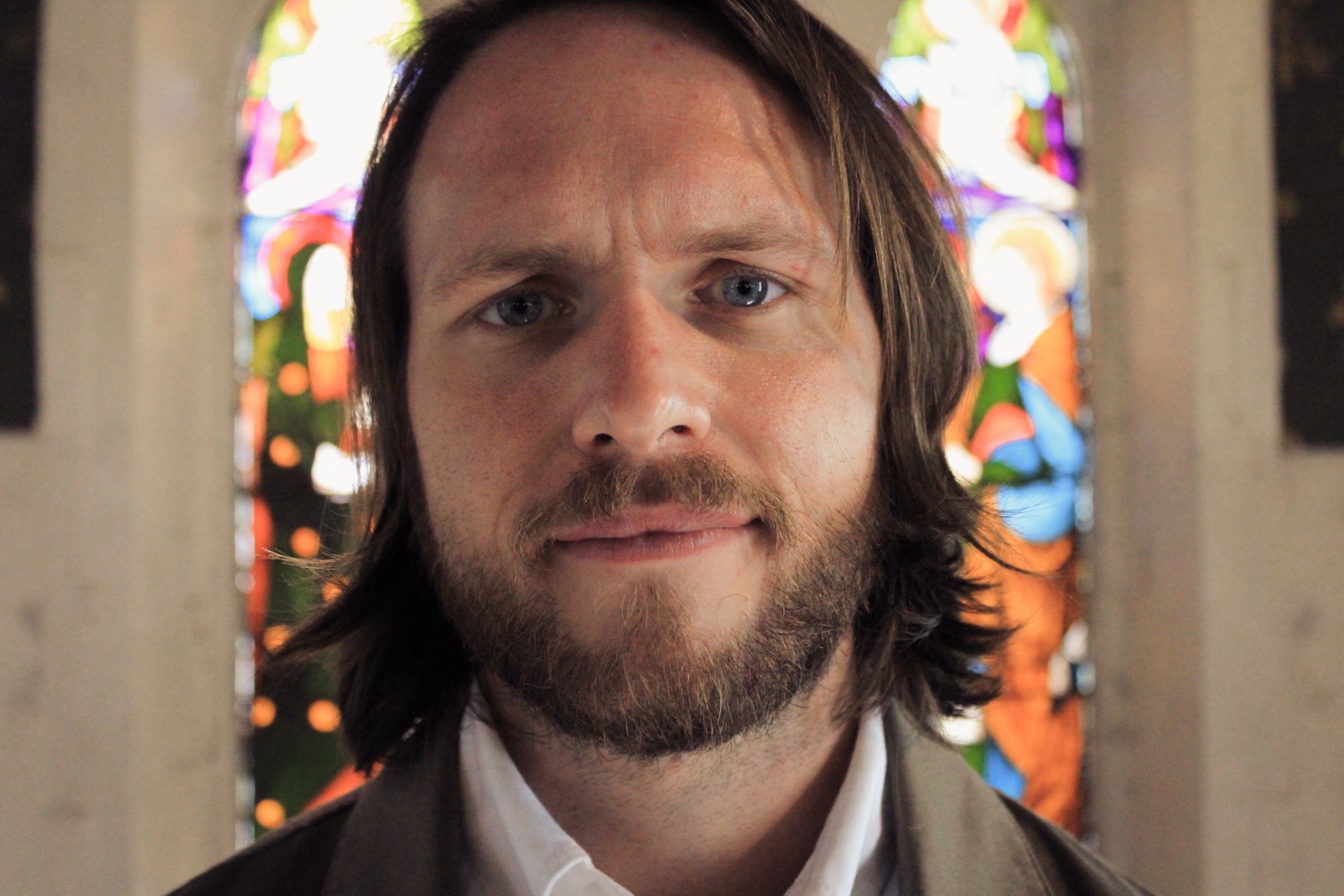 "I’m massively influenced by songwriters who are incredible storytellers - Scott Hutchinson, William McCarthy & Craig Finn and so on"

Harry Sullivan, the London-born singer-songwriter and former Bengal Lancers member shares his thoughts on his intriguing project From The Tiger’s Mouth.

Hello Harry how are you?
Very well, thanks! It was actually my 31st birthday this week so I woke up with a neck ache and a mild case of existential dread. I went to see Amigo and the Devil with my brother and it turns out drinking 10 IPAs isn’t the best thing for you on a Tuesday night. Go figure!

From The Tiger’s Mouth is your latest project, can you tell us a little about it?

Absolutely! So From the Tiger’s Mouth is my new solo/collaborative project. It’s always been something that I’ve considered doing and I’ve played under the moniker many times over the years – mainly open mics to test new material out.

It really fleshed out during lockdown. Myself and the rest of Bengal Lancers were stuck in the same situation as so many – unable to write together or crack on with a tour. As a result I did what any sane person would – stopped shaving, grew a mullet and had a series of panic attacks about how fucked everything was. Once that subsided I bought an OP-1 synthesiser and found myself writing again. When I took them to the rest of the lads, we realised that this wasn’t so much Bengal Lancers as it was something more personal. The rest, as they say, is history.

You were previously in Bengal Lancers, how does From The Tigers Mouth differ from your old band?

In the grand scheme of things – it hasn’t differed that much. I would come to the rest of the band with lyrics and some semblance of an idea where I’d like the track to go. They’d then tear it apart and work their magic to make it something Lancer’y. At the start of this process there wasn’t a huge amount of difference.

Lyrically I’ve always written as a form of processing things – I’m massively influenced by songwriters who are incredible storytellers – Scott Hutchinson, William McCarthy & Craig Finn and so on. Sometimes it’ll happen subconsciously. At the time I was adamant that I wouldn’t write about lockdown or everything that it encompassed but as soon as I read things back it was clear that it was my way of getting through. The songs on the EP are very much a product of that.

When it became clear that these weren’t going to be Bengal Lancers songs, it was exciting, but also terrifying as hell. The great thing is that it meant there wasn’t a set formula I had to follow – after 10 years playing together with people you start forming patterns that are hard to unpick. I owe a huge amount of credit to Olly Betts (of The Duke Spirit fame) who helped work through that. It became a case of looking at certain tracks and going “actually, let’s throw the guitars out of here” or trying something completely untraditional. As a result, it’s been a really freeing process and I’m more excited for what happens next. Bring on the French Horns!

From The Tiger’s Mouth · Morning News

As a London-based artist, does the city influence the kind of music you produce?

I’m a born and bred Londoner, so it pretty much goes without saying. I’m probably a bit biased, but there’s definitely something special about the place. There’s nowhere else quite like it – it’s just chaos. Beautiful chaos. No one street is the same, but that means you’re constantly exposed to new things.
Much to the disbelief of the rest of the World, there’s also so much love here. I was fortunate enough to run the Marathon last year and to see the city come alive after so much pain after the past 18 months was something special. Travelling through all the different boroughs and seeing everyone come together to celebrate as one made it clear to see.
All of those emotions – the nonstop nature of it all have definitely made a mark on me. The music scene is also so varied – you can go out and there’s always something to see that you’ve never seen before. It’s fantastic.

Astronomically and it isn’t stopping. The last two years alone have been a huge learning curve for artists everywhere. I mean – I’ve always appreciated that it takes more than one good song to grab a slot at Reading and Leeds, but the game has completely changed now. We’re so heavily invested in social media that it’s the first thing a promoter will look at some times. Doesn’t matter if they like the tunes – what’s the draw? What’s the engagement rate? It can be pretty exhausting at times, but you roll with the punches. Sometimes you just have to separate yourself from it all and recognise how far you’ve come. Success is what you want it to be.

As a moment for people to let it all out and feel like they aren’t alone. Songwriting is catharsis for me, so I’m quite selfish in that aspect, but if I can make someone feel better about their day then I’ve done more than I expected.

Case in point, Morning News is probably the angriest song I’ve written – I was so fed up reading the news nonstop and seeing the world fall apart on the screen. Don’t get me wrong – it sometimes feels like we haven’t moved that far at all. But there is joy, and there is hope. It ends on a positive note, that despite it all – we’ll keep going through and make it to the other side.

Now, look where we are? Seeing gigs again! Seeing our loved ones. Waking up hungover. My music, no matter how miserable it can be at times, has hope throughout. I want people to take that with them.

Easy.
Frightened Rabbit’s “The Midnight Organ Fight” Is the best album ever written and I will fight anyone who says otherwise. It changed the entire way I felt about love, life and music as soon as I heard it. I could comfortably listen to it at any moment of my life and it will make sense in the moment. Scott Hutchinson was one of the best songwriters of our time and this was him at his finest. If you haven’t, please listen once – it’ll make sense afterwards.

Secondly, Jimmy Eat World “Bleed American”. I actually started playing guitar because of this album – I heard the solo in Get It Faster after my brother put it on in the car with my Mum and was adamant that I learn how to play it. 20 years later and the album sounds just as good.

Finally, Bloc Party “Silent Alarm”. It was the Album that made guitars cool again. It made me realise that you could do more with a guitar than just play bar chords. It’s New-Age angst that woke up a generation.

Will you be taking the band on the road to share your sound with a live audience?

So I’m going to be starting off with some acoustic shows – I’ve always loved changing things up and whilst these new recordings are very much a full band performance, I quickly discovered they work brilliantly in a more intimate setting. I will very much be expanding that out though and bringing old and new faces along the way. I want this to be a collaborative experience, so at one stage you might see just me, or you might see 17 people on stage. That’s the fun part!

Apparently, going to all of the weddings that have been held off for the past two years! But more seriously, I’m releasing my debut EP later in the year and hopefully getting some shows under my belt outside of London. Outside of that – it’s very much in and out of the studio – the floodgates are opened now and I have no intention of slowing things down!