A specially-invited audience of Friends of Jack and music fans were treated to an exclusive set played by JD Set 2011 artist Romeo (Magic Numbers), who was on hand to help celebrate the launch of another special Jack Daniel’s collaboration, this time with pioneering charity, War Child. 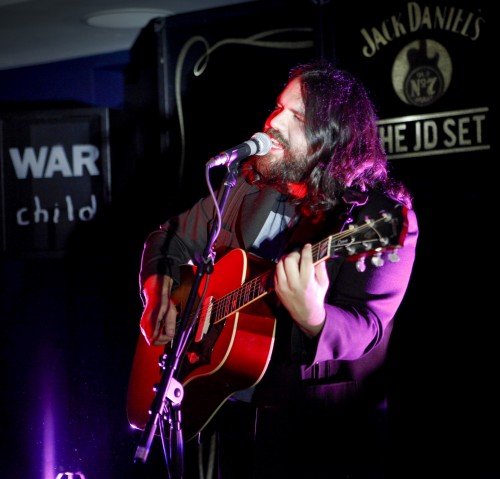 Throughout this year’s series of JD Set gigs we have collected memorabilia and signed artifacts from the artists involved which will now be auctioned in aid of the War Child charity, the people behind the ‘Help’ album and a multitude of other musical moments.

These artifacts were previewed at the auction launch event at The Hospital Club in Covent Garden, London last Thursday night (9th June). 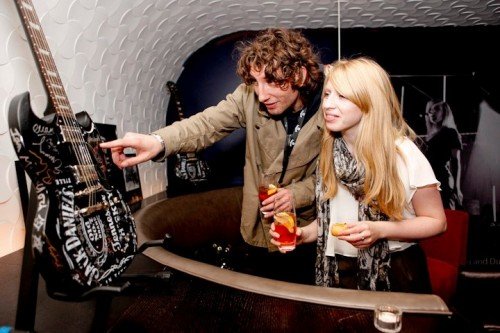 In addition, continuing Jack Daniel’s intimate relationship with once-in-a-lifetime musical moments, the launch was made even more special by a rare solo acoustic appearance that saw Romeo play tracks spanning the band’s catalogue of critically-acclaimed albums, as well as an exclusive sneak-preview of new Magic Numbers songs, ‘Damned Anyways’ and ‘Thinking About Tomorrow’. The audience even joined in, singing Magic Number Michele Stoddart’s vocal melodies on a touching version of ‘Love Me Like You’. 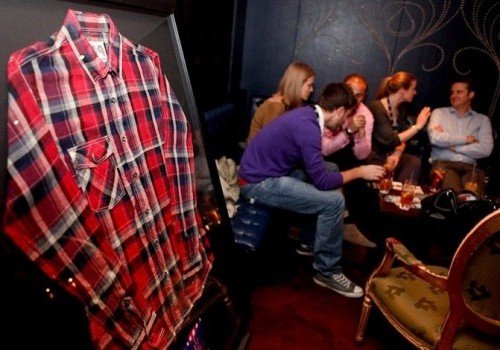 You can join in the auction over the next two weeks for your chance to own a one-of-a-kind piece of music history, like Carl Barat’s T-shirt, Tim Wheeler’s shirt, or a guitar signed by some of the biggest names in music including Texas’ Sharleen Spiteri, Stone Roses / Primal Scream legend Mani, The Smiths’ Mike Joyce, Ash’s Tim Wheeler, Divine Comedy’s Neil Hannon, Echo And The Bunnymen’s Ian McCulloch, The Enemy’s Tom Clarke and multi platinum artist Kate Nash, at www.thejdset.co.uk and also by Liking ‘JD Set’ on Facebook.

This year’s JD Set saw four monumental headliners and a host of well known names and up and coming artists gracing stages at intimate venues in London, Dublin, Glasgow and Manchester with unique shows and collaborations honouring Pixies, Vampire Weekend, David Bowie and The Smiths
Ben Knowles, Director Of Music at War Child, said of the event:

“War Child are delighted that Jack Daniel’s are supporting our work at their legendary JD Sets this year. The effect of war on children is not going away. Many are being recruited in to armed forces, forced from their homes and schools and living in danger on the streets every day. Through this important partnership, and through our shared love of great music, we are able to raise awareness of these issues and raise the money to help do something about it.”
www.thejdset.co.uk
www.warchild.org.uk
Know when to unplug, please drink Jack Daniel’s responsibly