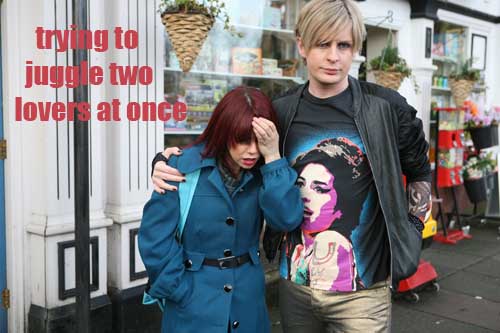 HOLLYOAKS heats up this week as Belfast actor Gerard McCarthyâ€™s character Kris Fisher finds himself in some spot of bother after trying to juggle two lovers at once. Kris has been embroiled in a love triangle for weeks and stands to lose two of his best friends as well as the people he loves. 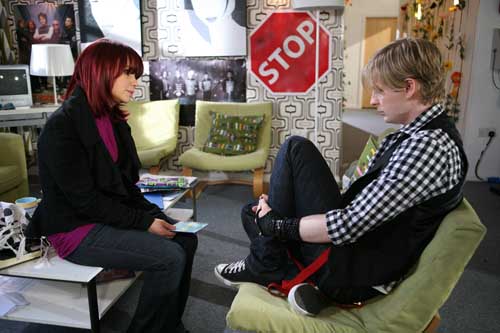 â€œOn Tuesday Nancy reveals to Kris that she canâ€™t have a relationship with him anymore and declares itâ€™s overâ€ said Gerard, adding: â€œBy Wednesday Kris confides in his brother Malachy but stays adamant that Nancy will come back to him.â€

However, Nancy refuses his calls and after Kris has an afternoon of passion with Ravi â€“ Nancyâ€™s boyfriend â€“ he gets angry when he hears Ravi is leaving him to go straight back to Nancy. 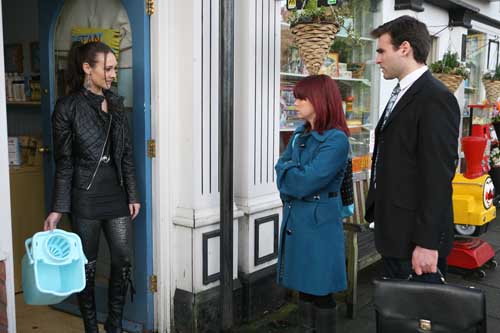 Gerard revealed this week wonâ€™t end the nightmare and added that itâ€™s only due to get worse. He said: â€œKris has been taking huge risks with his love-life and his friendships recently and this week it all comes to a head when he finally admits to Nancy that he loves her. But Nancy throws it back in his face and refuses to leave Ravi.

â€œKris ends up devastated and goes to see Ravi but his visit just ends up in even more heartbreak.

â€œNow heâ€™s about to lose two lovers and two friends but in typical Kris style once he has his sights set on a prize he intends to have it â€“ but the question is which one does he want.

â€œThis isnâ€™t the end of Krisâ€™ antics he has a lot more mischief up his sleeve and it involves both Ravi and Nancy.â€

By Friday this storyline is ready for explosions and when Kris tells Nancy he still loves her on Friday she decides it completely over and leaves Kris devastated.

Later Kris meets Ravi, who tries to comfort him, but their chatting gives way to passion which is interrupted abruptly when a horrified Nancy encounters her boyfriend and her lover in an intimate embrace.

And for actor Gerard he says being part of a storyline as controversial as this can become quite embarrassing at times.

He added: â€œFilming a storyline as sexually explosive as this is actually quite an interesting part of the job because itâ€™s so far removed from my own life.

â€œIn a cast of 65 Iâ€™d never worked with Stephen Uppal (Ravi) or Jess Fox (Nancy) before so at times it was actually quite embarrassing to be lying in bed naked with either of them, not to mention the simulated sex scenes.â€
HOLLYOAKS
Channel 4 (Monday – Friday, 6.30pm)
E4 (Monday â€“ Friday, 7pm)
By Tina Calder Â©FAME INC
fameinc.co.uk