Check out our new and exclusive photos of the Hollyoaks star 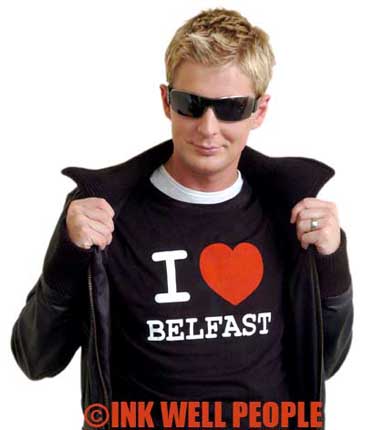 By Tina Calder
Photos by Fabrizio Belluschi
Famously known for playing the controversial, cross-dressing, bisexual Kris in Channel 4â€™s hit show Hollyoaks – Gerard McCarthy is a versatile actor capable of comedy, real life drama and light-hearted entertainment.
Back on screen this month, after a break for the summer Gerard took some time out of filming to tell us how he got to where he is today.

The Belfast-born actorâ€™s career was given its kickstart when he was awarded the Kenneth Branaghâ€™s Renaissance Scholarship to train at Laine Theatre Arts where he graduated in 2002.
This scholarship was more poignant for Gerard because Kenneth Branagh was one of his inspirations as a young boy, Kenneth too grew up in working class Belfast before moving to England later in life.
More recently Gerardâ€™s acting talent was recognised by the British Soap Awards in 2007 where he received a nomination for Best Newcomer for his role in Hollyoaks. 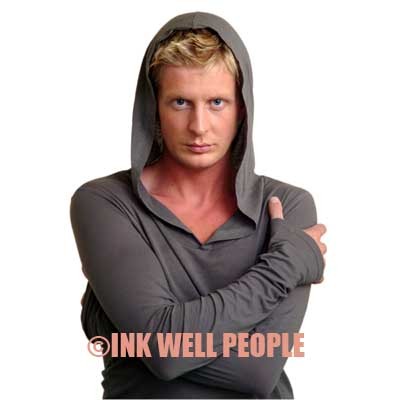 At home he was awarded the Big Buzz / Naked Sun Irish Entertainment Award 2007 for Best Irish TV Actor.
Since Gerard realised his dream he has been tunnel-visioned in his pursuit of the perfect role.
He said: â€œWhen you find a role like Kris in Hollyoaks it is an actors dream because heâ€™s a totally different person to me. I am not playing myself or a version of myself, I really have to act.
â€œApart from that Iâ€™ve had some amazing storylines and of course that is something every actor dreams ofâ€.
Gerardâ€™s professional career began when he tread the boards at the Perth Repertory Theatre (where, date) in the hit musical Carousel. Later that year he returned to the role that first saw him step onto the stage at The Waterfront Hall in his native Belfast to play the lead role of Jack in Jack & The Beanstalk Millennium Theatre in Derry, Northern Ireland.
On the film front Gerard has played a number of roles such as Jack in No Place To Go (directed by Miguek Guerreiro, 2003) and the lead role of Graham in Pop Goes The Bhangra (directed by Rajesh Nair, 2005).
But acting isnâ€™t his only forte. Gerard is also an accomplished singer and dancer and has appeared in a number musicals such as Mamma Mia (London, 2003), On Eagleâ€™s Wing (Belfast, 2004) and Saturday Night Fever (London, 2004).
In 2006 after presenting a number of TV projects Gerard was offered a part in the popular soap Hollyoaks.
â€œIn just 18 months Kris has had his fair share of ups and downsâ€ said Gerard, adding: â€œFrom struggling with his sexuality and the consequences of telling friends and family to dealing with an HIV scare and falling in and out of love – if nothing elseâ€.
The role of Kris has cemented Gerardâ€™s reputation as a versatile actor capable of inciting a range of emotions in his viewers.
Away from Hollyoaks Gerard has been pursuing other dreams such as singing and modelling.
This year he was one of the headlining acts at the Big Buzz / Naked Sun Irish Entertainment Awards in Belfast singing the George Michael classic Faith.
Gerard is now preparing to conquer his immense fear of heights and abseil down the side of the Europa Hotel in Belfast for the Northern Ireland Childrenâ€™s Hospice.
He told us: â€œIt is the most incredible place, so incredible that when they asked me to abseil down the Europa Hotel I said yes in a heartbeat.
â€œNow I have only just realised the repercussions of that because Iâ€™m heart scared of heights.
â€œMy visit to the Hospice has changed my life, it did renew my enthusiasm and drive for what I do.â€
If you would like to help Gerard reach his Â£5,000 target you can donate online at justgiving.com/gerardmccarthy
FAME’s and Ink Well People top photographer Fabrizio Belluschi caught up with Gerard for an exclusive photo shoot. Check out the new photos at www.gerardmccarthy.co.uk
Â©INK WELL PEOPLE 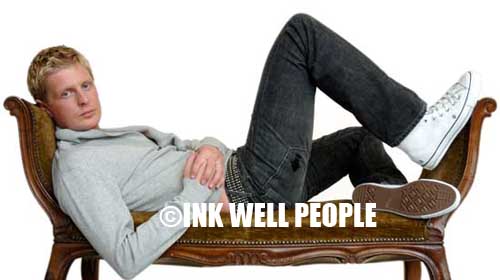