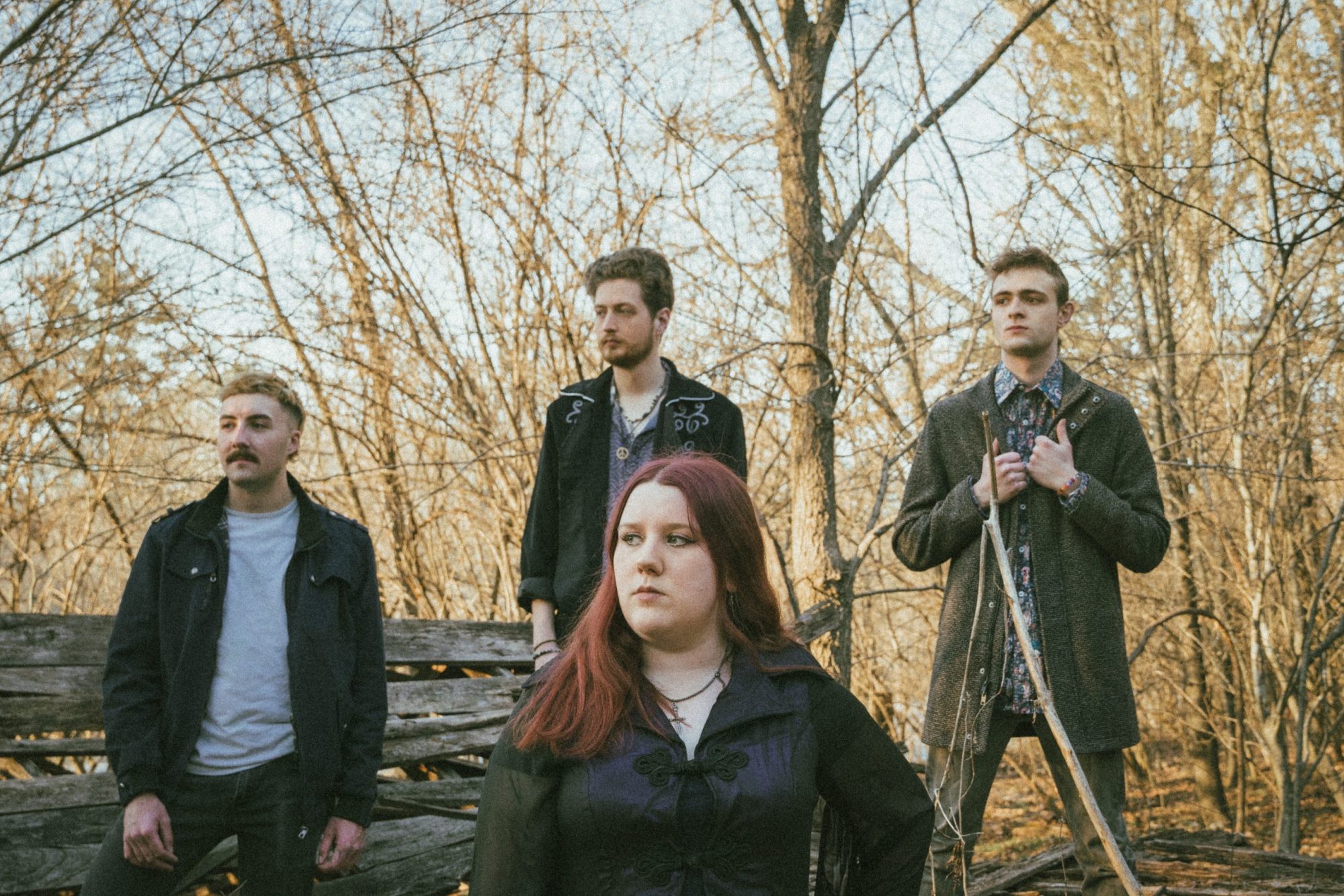 "Although the music is cheerful sounding and full of energy, the lyrics are more hesitant and reserved, which we have taken after."

The uncompromising Nashville, TN band Gentry Blue recently shared their dynamic and ferocious new single “Tell Them I’m Insane“, and have shared with us their top 5 influences to go with it.

The Psychedelic prog-rock band is fronted by powerhouse vocalist Lydia Gentry who also plays electric violin, with Brendan DeBonis on guitar, Will Gibson on bass, and Kaleb Kinyon on drums. They describe themselves as a hybrid between Rush, Heart, Jefferson Airplane, Janis Joplin, and Lindsey Stirling, their retro 60s and 70s sound juxtaposed with electric violin to make their own special blend, carrying the torch of fuzzy classic rock into the modern era. Featuring rolling drums, thick basslines and grizzly guitar lines, “Tell Them I’m Insane“, was produced by Grammy-winner Mitch Dane.

As the band shared the narrative behind the track:

This is a fierce and energetic song about having your crazy villain moment, where you can blast this with your car windows down cruising down the highway. It’s about a woman who murders her family and pleads insanity, yet she knows better and it’s a part of her maniacal plan.

Listen to the single and make sure to check out the band’s top influences below.

“One of our first covers, Rush in general have become so influential to our sound and we view them as huge inspirations, both musically and personally. Although the music is cheerful sounding and full of energy, the lyrics are more hesitant and reserved, which we have taken after”

2. Sam’s Town by the Killers

“An underrated modern rock classic about small-town life and moving on from your roots that is highly influential to our lead singer, Lydia.”

3. Somebody to Love by Jefferson Airplane

“The fuzzy riffs! The vintage psychedelic grooves! Grace Slick’s vocal performance, one of the first ladies of rock! What is there not to love?”

4. Knights of Cydonia by Muse

“A modern rock classic that you can’t not bang your head to! It’s almost like the theme of a Western film.”

“Another highly influential song, but you might not expect this one coming from us since we’re a rock band. We feature electric violin heavily in our sound and we have to owe it for Lindsey Stirling for paving the way in making that more accessible.”