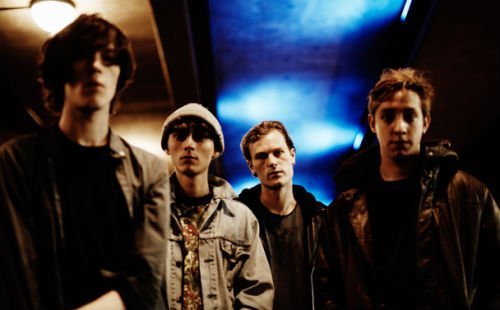 North London mesmerizing quartet Gengahr, unveil the video for ‘She’s A Witch’, the impressive follow up tune to their standout debut single ‘Powder’/‘Bathed In Light’. ‘She’s A Witch’ is released on March 16th via Transgressive Records.

On the inspiration behind the video, vocalist/guitarist Felix Bushe reveals: “’We wanted to make a video that John Cleese would have been proud of – it was heavily influenced by our love of Monty Python’.”

‘She’s A Witch’ is another slice of their intoxicating melodic guitar-pop, from the upcoming and highly anticipated (as-yet-untitled) May-scheduled album. The sweet beats makers have just returned from supporting Alt-J at the O2 arena and their European tour…