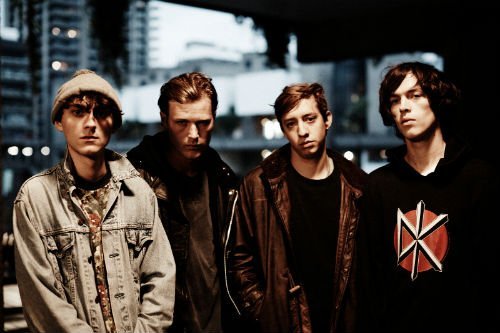 North London enthralling quartet Gengahr, unveil ‘Haunter’, the stunningly sweet b-side to their latest single ‘She’s A Witch’, the impressive follow up to their standout debut offering ‘Powder’/‘Bathed In Light’.

‘She’s A Witch’ + ‘Haunter’ are the first taste of their intoxicating melodic guitar-pop, from the upcoming and highly anticipated (as-yet-untitled) May-scheduled album. ‘She’s A Witch’ is released on March 16th via Transgressive Records.

Next up for these sweet beats makers, is a trip to Austin, Texas for SXSW before they return to join Circa Waves on their UK tour and play with The Strokes at Hyde Park, British Summer Time Festival.