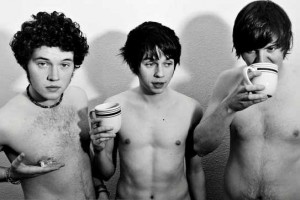 NORTHERN Ireland trio General Fiasco are set to complete their UK tour with a highly anticipated gig at Belfastâ€™s Ulster Hall next month.

The band who have spent the last two years writing and endlessly touring are finally seeing their hard work pay off by being able to book the prestigious Belfast venue.

Owen Strathern (vocals/bass) and his brother Enda Strathern (guitars) met Stephen Leacock (drums) at school and bonded over a love of music.

Their first gig was a local festival which gave them the taste for playing outdoors and theyâ€™ve gone on to play Reading and Leeds Festivals in 2008 and Download and Glastonbury this year.

Their 7â€ single â€“ Rebel Get By picked up radio play from the likes of Zane Lowe, Steve Lamacq, Sarah Cox and was playlisted at XFM and after a spot on the BBC Introducing stage at Reading and Leeds the band were invited to play at the Electric Proms and then by Jo Wiley to the Little Noise Sessions.

Something Sometime released earlier this year on their own label gained more support across the media, including being Zane Loweâ€™s Hottest Record In the World and led to them signing a deal with Infectious Records.

General Fiasco play the Ulster Hall in Belfast on October 31. Tickets priced Â£13 are available from www.thestiffkitten.com.
The bandâ€™s latest single We Are Foolish is released on October 12.
By Tina Calder