LA-based new-disco princess Gavin Turek, is already making waves in LA with her explosive live shows, always clad in a hand-made 70s fringe dress (she has one in every color) and armed with the best dance moves you’ve ever seen…

With her homage to Donna Summer titled ‘Frontline’ / ‘Don’t Fight It’, out now via iheartcomix’s new label 1INFINITY, a brand new EP with longtime collaborator TOKiMONSTA and exciting collaborations with Viceroy, Goldroom, Miami Horror, Gigamesh, and LCAW, we can’t wait to see what’s next for her…


Nice to meet you Gavin

So nice to meet you!

First up…can you tell us 5 things about you we should know?

Mmmmm…I’m an avid dancer, watch Diana Ross concert DVDs in my spare time, born and raised in Los Angeles, wrote my first song when I was 6, and a super dork.

Can you talk about your new singles “Frontline” / “Don’t Fight It”,

I wrote “Frontline” with an LA producer named Nico Stadi. We wrote it the first time we ever met/worked together; was a instant connection due to a shared admiration for disco.

“Don’t Fight It” is a jam I wrote with a frequent collaborator Harlan Silverman, also out of Los Angeles. I remember screaming when he played me the idea because I thought it was perfect.

I linked up with LA legend, Franki Chan at IHC (iheartcomix) and to my delight he liked both songs and wanted to release them on his new single’s label 1NIFINITY. And the story continues to unfold.

Really proud of these records though and think it gives people a great taste of what to expect from the next Gavin release…straight up disco. 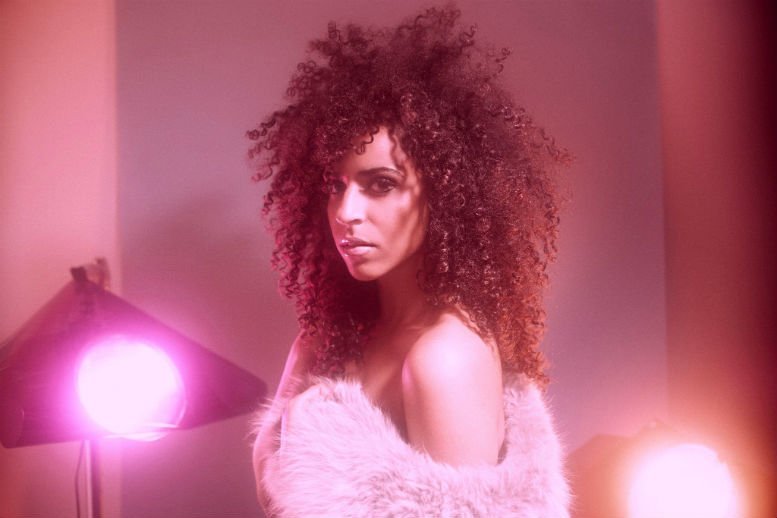 Can you reveal something about your forthcoming EP with TOKiMONSTA?

We’ve been talking about doing a mini-album together for quite some time now and I’m elated it finally happened. We’ve both evolved since our first meeting and collaboration and the entire mini-album truly reflects that.

All I can say it that it’s extremely personal; you can hear two journeys of love, loss, angst, hope in both the lyrics (written by me) and the music (written by her). I’m so excited to finish it and share it with everyone who’s supported me and her these past few years. Will be out late July on her label Young Arts Records.

What is your first reaction to the comparisons with Tina Turner, Beyoncé….After seeing your explosive live performances?

Shock! I’m such a fan of both Tina Turner and Beyonce so to hear comparisons to them is extremely flattering! To me, they are the epitome of true entertainers; they can not only sing and dance but also connect with their audience in such powerful ways.

I just try to give a everything I have in every performance; whether it’s a huge audience or a small crowd, I want everyone to walk away inspired and more comfortable in their own skin. 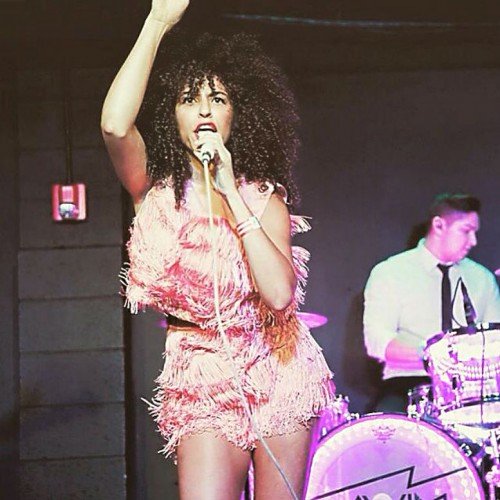 Your gorgeous hand-made 70s fringe dresses, please tell us more about them…

I love my fringe! It’s seriously the best thing to dance in.

I typically design the outfit I want, then go to downtown LA to pick up the fabric. My drummer’s mother actually hand-makes all of my fringe costumes. She’s incredible.

How and when did you start?

I grew up in a musical household; singing and writing songs was as natural and normal as doin my school work. I guess I started taking music seriously when I finished college though.

I knew I didn’t want to get a corporate job or go straight to law school like all my friends so I resolved to pursue a music career. That was about 5 years ago.

I am still comin to terms with the fact that not everyone is gonna “get it” or believe in what I’m doing and that’s totally okay. Continuing to truly believe in myself and champion my project gets tiring in the face of rejection; but I’m gonna keep going no matter what happens along the way.

Right now, Nile Rogers. I think the world of him and I know he would get me. Would be a dream come true to work with such a legend.

Besides finishing up the Toki/Gavin album, I’m in the midst of recording my next EP which will be out in October of this year. My collaborations with Miami Horror, Viceroy, Goldroom, and Gigamesh will be out very soon as well.

This summer, I’m touring as a guest vocalist with Mayer Hawthorne and Jake One’s group, Tuxedo. When that’s done, I want to come to Europe and play as many shows as physically possible.