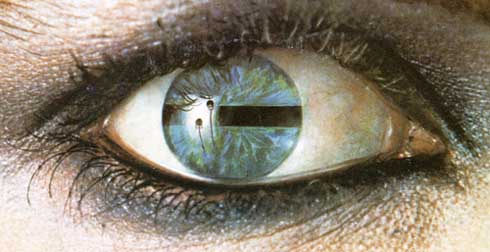 Gary Numan will perform the whole of his Number 1 album Replicas (plus B-sides) on a 15 date UK tour in March 2008. The album includes the chart-topping single ‘Are ‘Friends ‘ Electric?’, Numan’s commercial breakthrough in May 1979 which ended up spending 16 weeks on the chart and sold a million copies.

Released on the punk indie label Beggars Banquet in March 1979, the dreamily-epic ‘Down In The Park’ was the first single to be taken off the album, receiving great support from Radio 1 DJ John Peel who booked the 21-year-old from West London for two sessions in the same year. At the time Numan was still operating with a band name – Tubeway Army – although in effect he wrote all the songs and played everything on the LP except for bass and drums. He changed to a solo act in time for his second number 1 single of 1979,’Cars’.

On Replicas Numan created a new form of pop – electronic, introspective and delivered with a sense of showbiz flair – which had an impact on the music scene that was reminiscent of the likes of David Bowie (who later described Numan as responsible for ‘a couple of the finest things in British pop’) and T.Rex. According to Marc Bolan biographer Mark Paytress,’Numan sensationalised the strange as Marc Bolan had done several years before.’ Just as T.Rex’s glittery performances had upset some of the old guard in the early 70s, Numan’s striking early appearances on Top Of The Pops divided the nation and in their wake both ‘Are ‘Friends’ Electric? and Replicas went straight to the top of the charts.

A new audience identified with Replicas’ atmospheric music, images of technology out of control and a ripped-up London of the near future, hints of sexual deviance and themes of urban violence. The imagination of one young man in Cleveland, Ohio, namely Brian Warner, was fired by the ‘apocalyptic’ imagery of ‘Down In The Park’ and as Marilyn Manson he later recorded the track with producer Trent Reznor from Nine Inch Nails. Nirvana’s Kurt Cobain was a fan of the album, in particular the guitar-led ‘It Must Have Been Years’ and The Foo Fighters covered ‘Down In The Park’ for the X-Files soundtrack, Songs In The Key Of X. In the late ’90s Damon Albarn teamed up with a mate from Weezer to record the more obscure Replicas ‘outtake’ ‘We Have A Technical’ and of course Sugababes scored a UK Number 1 in 2002 by sampling ‘Are ‘Friends’ Electric?’ for their single ‘Freak Like Me’. Other acts who have covered tracks on the album include DJ Hell, Smashing Pumpkins, Beck and Moloko.

As the NME argued recently, Numan’s influence on electronic music is unparalleled. In fact Mojo said of his 2006 album Jagged that the innovator of the late 70s never sounds like he’s having to play catch-up and Kerrang concluded after listening to the album that Numan is still as vital as ever.So, as he celebrates 30 years in music (Tubeway Army’s debut single’That’s Too Bad’ came out on Feb 10, 1978) and turns 50 on March 8, Numan is also set to release plenty of new material over the next 12 months including a video download release in November and he ‘ll be making an appearance in the new series of The Mighty Boosh.