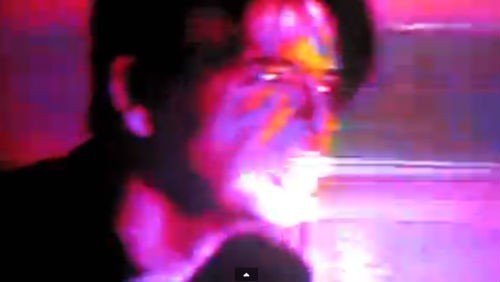 Synth-pop maestro Gary Numan shares the new video for ‘I Am Dust’, an exciting song taken from his stunning album ‘Splinter – Songs From A Broken Mind’ (out now on Mortal records).

The video was made using a Tachyons + video glitch synth effected live via a HI-8 camera and a CRT television to create triply, blurry, VHS-style images of Gary Numan…No computer post production was used in the making of this impressive video, directed by Logan Owlbeemoth with effects by Omebi Velouria.

A special historical significance for Gary, as he released his first (and now classic) full-length live album ‘The Touring Principle 1979’ (which was recorded at a sold out Hammersmith Apollo) 35 years ago this year.


Tickets for the Hammersmith show are £35 pounds Standing, £37.50 premium seats.

GARY NUMAN Q&A: “I THINK IT’S AN AMAZING TIME TO BE ALIVE”