The sessions will take place at the legendary Maida Vale Studios and will be broadcast on 6 Music at 7.00pm on Friday 11 December and Friday 29 January respectively.

Both concerts will also be available to view on the BBC Red Button for a week from Friday 29 January 2010.

On the opportunity to work with Gary Numan, Little Boots says: “I’ve been a fan of Gary Numan for what feels like such a long time. His album The Pleasure Principle is one of my absolute favourites so to have the opportunity to play a special session with him for 6 Music blows my mind.

“At the rehearsal, I was so excited to meet him. It was so interesting talking to him and actually playing together wow! He played Wembley when he was 21 such an inspiration. It’s going to be amazing!”

Gary Numan says: “I’ve heard Little Boots and I think she’s really good so, when I was offered the chance to work with her, I thought it was a great idea.”

Speaking about Heaven 17’s collaboration with La Roux, keyboardist Martyn Ware says: “Heaven 17 have always maintained an open mind and collaborative attitude towards new musical ideas, and when the opportunity to work with La Roux came up, we jumped at the chance. 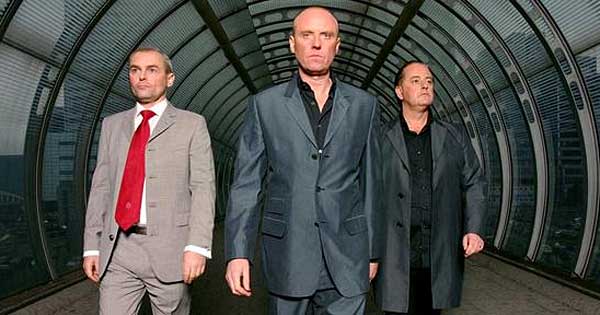 “We really like their attitude towards pop writing, and we’re also fans of Elly’s voice â€“ we’re sure that our writing and performance experience combined with La Roux’s youthful energy and talent will create a unique and exciting collaboration.”

La Roux’s Elly Jackson says: “Ben has long been a fan of Heaven 17, since the early Eighties really. He introduced me to them while we were working together and their music soon became a key influence on the debut La Roux album.

“I know that for Ben particularly this is an opportunity to work with one of his heroes, and that’s not something you are often given the chance to do, it’s amazing really.

“I’m personally looking forward to singing with Glenn [Gregory, lead singer of Heaven 17] as I really admire the expression in his vocals. I think it will be an interesting contrast to mine.

“Also, we put Glenn on the list for one of our first ever gigs but there was a mix up and the bouncers didn’t let him in, so now we’ll get to apologise properly in person!

“And hopefully get to make some great music at the same time. I can’t wait.”