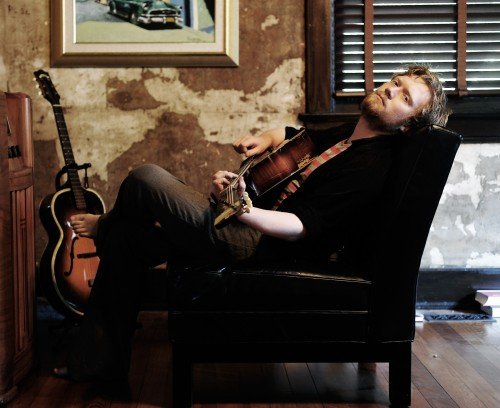 To celebrate his EP ‘Step Inside’, Gareth Dunlop and the band, headline an exclusive performance at the Empire Music Hall in Belfast on Wednesday 5 December.


Gareth has started co-writing and one of the first sessions was with legendary John Oates, on meeting Gareth he says: “On my first visit to Belfast Ireland I was asked to perform” in the round” at a beautiful old church.

On my left was a young man named Gareth Dunlop…as he played his first song Gareth transformed himself musically and the sound of his guitar and voice became ageless… he drew me into his experience and somehow I felt that I truly knew him through his songs. That’s all I needed to know… having had the chance to write with him confirmed my instincts. He’s the real deal.”

Gareth’s ‘Trick of the Moonlight’ appeared the final season of HOUSE with additional songs in One Tree Hill, ‘Make it Or Break It’ and ‘Army Wives’. Gareth’s new song, ‘Going Somewhere’, is currently airing in the new Subaru US television campaign.

So there was no better time to ask Gareth some questions about his music and more..


What kind of music do you make/play ?

I find pinpointing my style of music pretty difficult. I’ve always listened to a lot of different styles of music and that’s heavily influenced what I do as a songwriter now.

I don’t like to do the same thing over and over. The latest ep ‘Step Inside’ drifts from just me with an acoustic guitar to a full 9 piece band playing old school soul, so I guess I don’t really have a set kind of music. 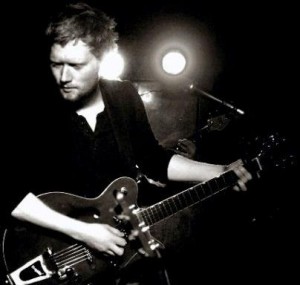 Born and raised in East Belfast, but currently living in the beautiful town of Holywood in Co Down (Northern Irealnad).

I was about 14 years old when my neighbour handed me a bin bag full of vinyl and his old record player. I listened (a lot) and asked Santa to bring me a guitar that Christmas.

The singing came a little bit later, but I practiced and practiced and landed a few gigs in local pubs and clubs playing everyone else’s music… so after a while doing that it felt right for me to start making sounds of my own.

I was very lucky to stumble upon that bin bag of vinyl… when I was growing up there wasn’t a lot on the radio that was really turning me on, other than the odd gem here and there, so I always reverted back to greats like Led Zeppelin, Fleetwood Mac, Bob Dylan, and everything in between.

When I first started out I was getting paid to sing cover songs, and now I’m fortunate enough to make a living from my own music.

Playing cover songs all over Ireland was a real learning experience for me, and a lot of fun… but the best thing I take away from my early days is meeting so many great musicians that I still work with today.

Last gig I played was in ‘Eric’s Live’ in Liverpool. I was opening up the show for Simon McBride on his UK tour so we hit a few spots across the mainland.

Eric’s was the last night of the tour so everyone was in good form and it was a celebration of sorts. It’s a great music venue and the crowd were really attentive… great way to end the tour.

I think the most successful thing I have done is managed to make a living doing something that I love. As the saying goes… “Find a job you love and you’ll never work a day in your life”.

As cheesy as it sounds, my parents have been hugely supportive since word go. I also was lucky enough to first get to Nashville as part of the Belfast Nashville Songwriters Festival, and if that hadn’t happened I’m pretty sure things would be different for me now.

I also have my band [John McCullough, Carl Harvey and Paul ‘Hammy’ Hamilton] to thank (a lot) for living out of each others pockets on the road, sleeping on floors, and driving through many a night.

I have a live show in the Belfast Empire Music Hall on December 5th. After playing so many shows on my own with an acoustic guitar I’m really looking forward to getting up on stage with the full band and letting loose.

There’s a bit of a fix it and mix it studio process that allows ‘marketable’ acts a lot of success in today’s music industry, so yeah I do think it’s difficult for any new artist to stand out as a credible new talent.

Today’s charts very much reflect the current trend, and with radio airplay still being
a huge catalyst in helping develop an artist’s career, it can sometimes be a battle if you don’t fit the top 40 mould.