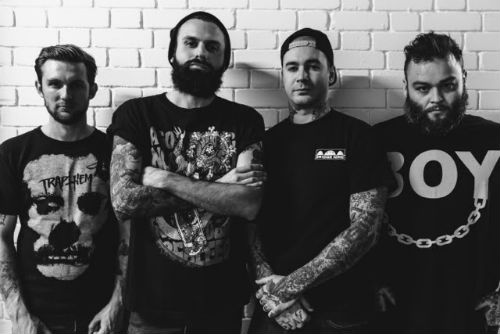 Watford punks Gallows – Wade MacNeil (vocals), Laurent Barnard (guitar) Stuart Gili-Ross (bass) Lee Barratt (drums) – unleash the electrifying ‘Wristslitter’ and the video for their new single ‘Chains’, out now via Venn/Play It Again Sam.
The stunningly dark short film was shot in Toronto by Canadian director and musician Josh Reichmann. Frontman Wade MacNeil explains: “We approached the making of the ‘Chains’ video unlike anything the band had done in the past. Looking at it more like a short film than a music video. The end result was something that is dark, beautiful, and other worldly; very much like the song itself.”

Guitarist Laurent Barnard explains: “It’s been a quiet year so far for us all as we’ve been busy on new adventures and projects but when we got together in February it was shocking how quickly ideas were flowing”

“The song ‘Chains’ came together really quickly,” states Laurent. “It started off with one riff and by the end of the day it was recorded. We did it all live too like we were making a garage punk record. My friend Helena who sings in a great band called Dios Mio happened to be in the studio that day so she came in and added some vocals and textures, which brought a very haunting element of the track. It’s very different but still very dark which is what Gallows is all about.” 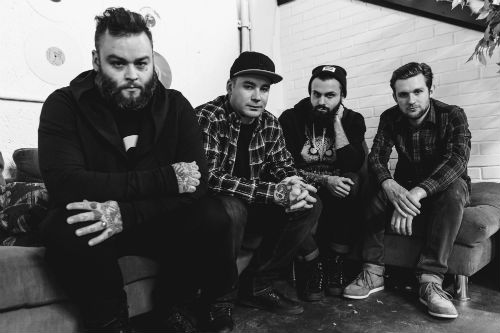 “The chemistry when writing together has never been better and it’s great to finally have a band moving forward together in the same direction. We are working on more material in the summer so keep your eyes out for more Gallows news coming soon.”

The ‘Chains’ 7” vinyl (coupled with new song ‘Wristslitter’ on the b-side) is available from: vennrecords.com
iTunes pre-order link: georiot.co/2xtN