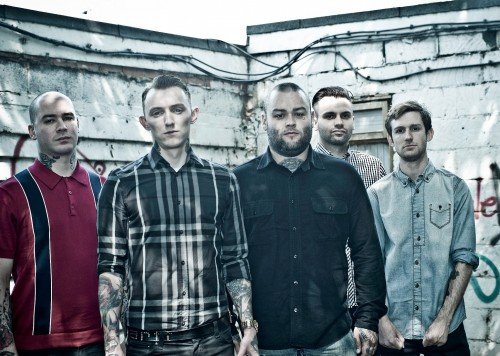 Gallows are finally ready to unleash their new punk rock attack on the world with the highly-anticipated release of their self-titled album, released on September 10th through the band’s own label Venn Records (in partnership with [PIAS] Recordings).
“We made this record self-titled as it musically defines the band known as Gallows as we exist today,” explain the band.

“This is the first of many releases to come from the house of Venn Records, our imprint, hijacked from PIAS those long standing backers of independent rock n roll.”

“This our statement of intent, our laugh in the face of those who said Gallows were done when in reality we’re just warmingup,” they continue. “We couldn’t feel more vindicated and proud.”
GALLOWS
THE NEW ALBUM – ‘GALLOWS’
OUT 10TH SEPTEMBER 2012 ON VENN / [PIAS]
Pre-order the album below:
iTunes
Amazon
facebook.com/gallows
twitter.com/gallowsofficial
gallows.co.uk