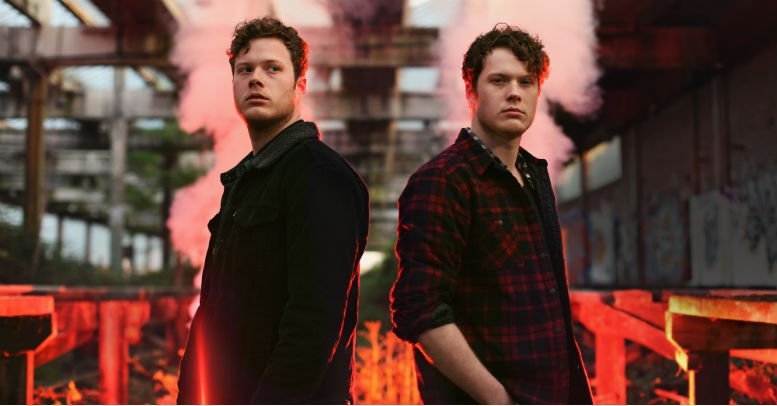 Hi Gallery Circus, how are you today?

Good thanks! Graeme is currently partying away in southern California, and I’m sat in Newcastle, cold with a guitar to keep me company

What’s your new single ‘Club House Killer’ all about?

‘Club house killer’ was one of the first tracks we ever wrote as Gallery Circus. It’s existed in demo form for years, but it’s only now we decided to release it into the wild. We wrote it when we came back to the UK from Chicago and it tries to outline some of the crazy characters we met and antics they got up to! We hung around with a punk gang and these guys loved to live the true rock and roll lifestyle.

How do you find working together and spending so much time together as a family as well?
Being twins, we’ve spent all our lives growing up together, so we don’t know anything different. We argue and fight a great deal, but always forget about it after when the dust settles.

Chicago has an awesome punk rock scene. When we first went over to the states GC existed as some kind of folk style project – it wasn’t until playing few shows out there that we decided we’re gonna have crank up the riffs if we wanted to get accepted on the punk rock scene – which we fell in love with; it was all about attitude and making sure your off stage behaviour lived up to some form of crazy!

If you could collaborate with any artists – dead or alive – who would it be?

To write an epic old school Brit pop track with Damon Albarn and Graham Coxon. We are both huge Blur fans and would love to tell a true British kitchen sink drama complete with
abrasive brass sections and over the top organs.

We have another single and EP to release after Club House Killer – so our main focus is to make sure we get everything in place for those! Hopefully we’ll sprinkle in a few gigs to tie in with the release schedule