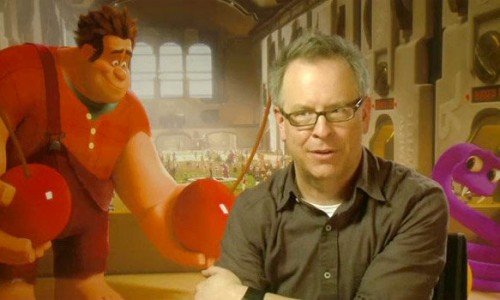 Watch this clever sponsored video for A Days’ life of Rich Moore with GALAXY Note II.

Were there any problems getting the rights to use all those game characters?

Not really, but a certain Italian plumber had a problem getting a work visa. 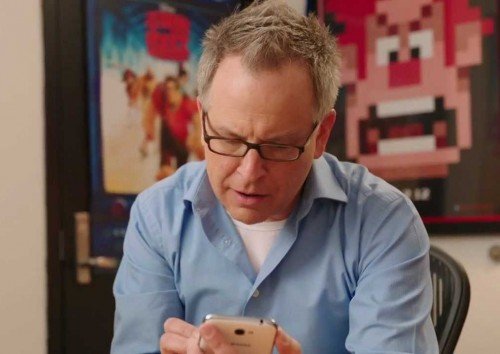 How many hours were wasted spent playing video games as “research”?

Not hours, years. Many many years. And I consider that all “pre-development work”.

Was Alan Tudyk directed to do a Mad Hatter/Ed Wynn impersonation, or was it just an amazing, astounding coincidence?

Who is this Ed Wynn guy everybody keeps talking about?!

Alan’s awesome and great to work with. I’d love him to come back in the future as an entirely new character. 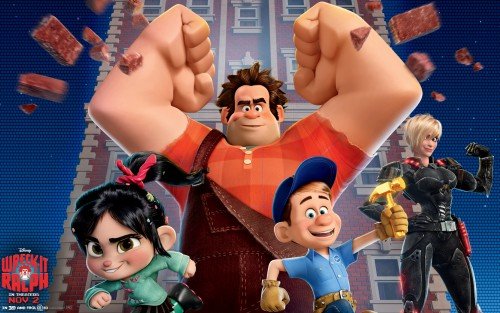 What concerns did you have going into production of the film? Was there anything in particular you were worried about?

Dreamworks stealing the idea, slapping it together and getting it out first.

What game are you most excited for in the future?

I put off playing Skyrim while making the movie, so I look forward to disappearing into its clutches now that the film’s done.

Did Sarah Silverman request that there be “duty” jokes in the movie? Or did you make that call yourself?

That was duty collaboration!

Which was your favorite department to work with at Disney and why?

They’re all wonderful to work with, but Forrest in the Security Department has all the best gossip.

Any word on the Wreck-It Ralph sequel I hear?

I would jump on it in a New York minute– I LOVE these characters and the people who play them.

What arcade game have you spent the most money on?

Who decided AKB48 would be good to do the Sugar Rush theme song and how did that all come about? Because that was a perfect combination of sugary pop and sugary themed game.

Our Music Supervisor Tom MacDougall brought AKB48 to my attention and I’ve been a fan ever since. I’m with you, I think they’re the perfect sound for Sugar Rush.

What is your favorite episode of “The Simpsons” that you have directed?

What was the biggest challenge behind making the movie?

Making a film with 3 distinct worlds, well 4 if you count Game Central Station, actually 5 if you count the arcade… the credits were kind of a world too if you think about it… wait, what was the question again?

What do you think Jay Sherrman would say about, “Wreck-it Ralph”?

It was a huge pleasure working with Matt on both shows. He’s always been one of my favorite cartoonists.